His mother died in 1873 in childbirth.

His father died in 1877, Roger and his 2 brothers Charles and Tom and his sister Agnes, also called Nina became the wards of John Casement at Magherintemple House in County Antrim, Ireland

He was knighted 6th July 1911 by King George V for his services to the British consulate, having campaigned tirelessly to expose the cruelty inflicted on native workers in the Belgian Congo in 1904, and again in Brazil from 1911-1912, causing an international sensation with his reportage.

Roger Casement had become a member of the Gaelic League in 1904, writing nationalist articles under the pseudonym ‘Seán Bhean Bhocht’.

He retired from the British consular service in 1913, after which he joined the Irish Volunteers. Roger Casement was sent to Germany because of his experience to raise an Irish Brigade from Irish prisoners of war.

Returning from Germany in a German U-Boat, Roger Casement was captured in Kerry, Ireland on Good Friday 1916. He was imprisoned in Pentonville Gaol, London, where he was tried on charges of High Treason. He was hanged on 3 August 1916, the only leader of the Rising to be executed outside of Ireland.

The full transcript of the trial can be viewed on archive.org. The book runs to 372 pages!

This biography was created by Sandy Culver through the import of Moresaga.ged on Apr 30, 2014. 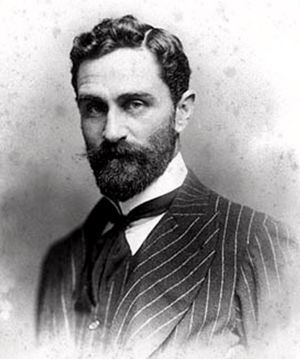 Maria Maxwell
Hi Sandy, we have added irish-roots-project-leaders@googlegroups.com as PM for the other Easter Rising profiles and ppp'd them. You might like to do the same here and I can add the ppp status, Can you please also change the privacy level to open. Again we have done this for the other profiles for the Easter Rising leaders. Thanks for your assistance.

Roger is 22 degrees from Donald Howard, 17 degrees from Julia Howe and 21 degrees from Henry VIII of England on our single family tree. Login to find your connection.