"The Man in Black"

John R. Cash was born 12 February 1932 in Kingsland, Arkansas, the son of Ray Cash and Carrie Rivers of mostly Scottish/English ancestry. Named J. R. at birth, when he went into the military, he was required to have a full name so he changed it to John R. "Johnny" became his stage name in 1955.

In October 1965, Johnny Cash was arrested in El Paso, Texas for attempting to smuggle amphetamines across the Mexican border in his guitar case. [1]

On. May 12, 1944, John’s brother Jack had a job working in the high school agriculture shop, cutting oak tree trunks into fence posts on a table saw that had no guard on it. As shown in the movie, Johnny was on his way home from the fishing spot when his father, Ray Cash, picked him up in the preacher's Model A Ford. His father took him home and showed him Jack's bloody clothes, at which time his father pointed out "where the table saw had cut [Jack] from his ribs all the way down into his stomach and groin, through his belt and everything." Jack, who was only fourteen-years-old, held on for a week before passing away. [2]

Johnny met his first wife, Vivian Liberto, at a roller-skating rink in San Antonio while Johnny was stationed there in the Air Force. Three weeks into their brief 1950 courtship, Johnny completed his training and was sent to Germany. When Johnny was stationed overseas, the pair exchanged more than 10,000 pages of love letters over a period of approximately four years.[3] John married first Vivian Liberto in 1954. They divorced in 1966. In 1975, Johnny Cash told Penthouse magazine, "My first marriage was in trouble when I lived in California, and I have to take blame for that -- because no woman can live with a man who's strung out on amphetamines." In 1965, after his truck caught fire due to a defective exhaust, he inadvertently started a 508-acre forest fire that burnt down half of Los Padres National Forest in California. When a judge asked Cash why he started the fire, he responded, "I didn't do it, my truck did, and it's dead so you can't question it." Cash was sued by the federal government, and he eventually settled the case by paying $82,000. [4]

Johnny Cash met June Carter when she was hired to be a comedian on The Johnny Cash Show.[5] In a 1981 Mike Douglas interview, June Carter Cash explained, "He asked me to marry him in front of 7,000 people, but I would have liked it if he had gotten down on his knees and proposed to me, you know, but that wasn't the way it was. It was a great big production..." Johnny continued the story, "We had just sung a song called 'Jackson', and I stopped the show and said, 'Will you marry me?' on the microphone. She said, 'Go, sing another, sing another, sing another!' I said, 'I'm not gonna sing until you answer me. Will you marry me?' And she says, 'Sing a song. Sing a song.' She turned her back, you know, trying to get somebody in the band to play some music or something. [It] kept going until she finally said, 'Yes.'" He married June Carter in 1968.

Johnny died from diabetes on the 12th of Sept. 2003 in Nashville, Tennessee.

On Tuesday, April 10, 2007, the former home of Johnny Cash and June Carter Cash was destroyed in a fire that left almost nothing except for the brick chimneys and the steel frame. The house burned rapidly because construction workers had recently applied a flammable wood preservative to the exterior and interior of the house. Barry Gibb, vocalist for the Bee Gees, was restoring the Hendersonville, Tennessee home, located on Old Hickory Lake. A corporation owned by Gibb had purchased the home in January 2006 for $2.3 million. Gibb and his wife Linda planned to write songs there. Neighbor Richard Sterban of the Oak Ridge Boys perhaps summed up the unfortunate devastation best, "Maybe it's the good Lord's way to make sure that it was only Johnny's house." [6]

Is Johnny your relative? Please don't go away!

ask our community of genealogists a question.
Sponsored Search by Ancestry.com
DNA Connections
It may be possible to confirm family relationships with Johnny by comparing test results with other carriers of his Y-chromosome or his mother's mitochondrial DNA. However, there are no known yDNA or mtDNA test-takers in his direct paternal or maternal line. It is likely that these autosomal DNA test-takers will share some percentage of DNA with Johnny: 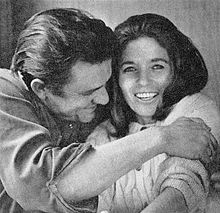 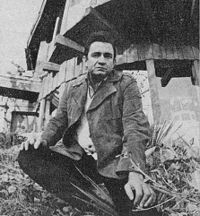 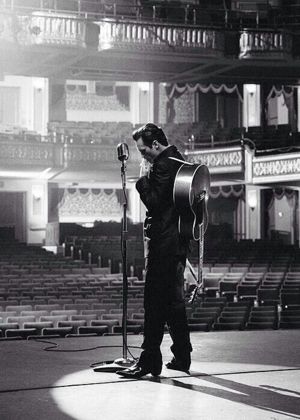 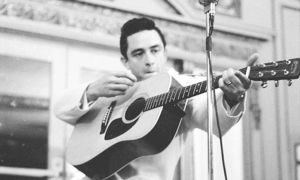 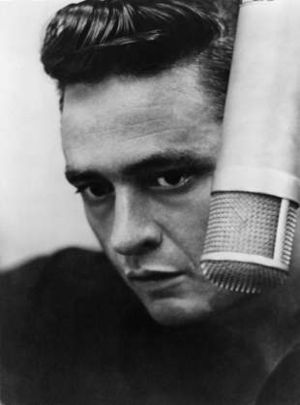 Johnny Cash and Ron Johnston Forbus Esquire are both descendants of William Overton."

I hope he's enjoying playing with the other greats in one big band in heaven. R.I.P.

posted Jan 20, 2021 by Ron Johnston Forbus Esquire
[Living Rankin]
Johnny Cash is my twenty-second cousin, also on my father's side of the family.
posted Feb 14, 2019 by [Living Rankin]
Jason Overton
Cser-1 and Cash-217 do not represent the same person because: different people - merge request was a mistake
posted Oct 08, 2015 by Jason Overton

Timothy Cser Sr
Cser-1 and Cash-217 appear to represent the same person because: I'm a direct descendant of Mary Ann (Cash) Higginbotham. I respectfully request a merge, and to be added to your trusted list.