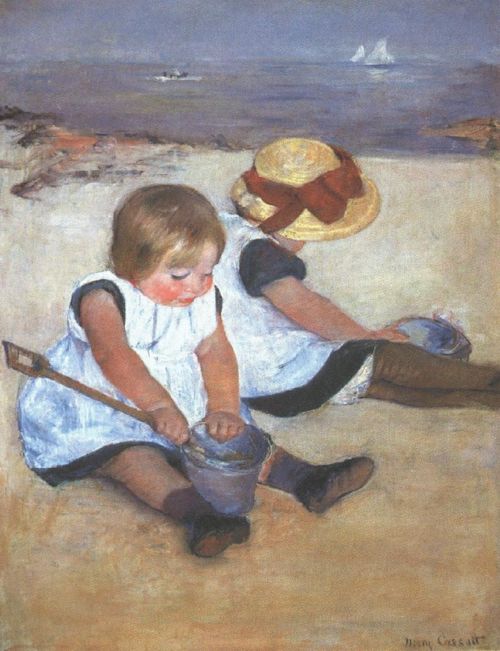 Children at the Beach

Mary Cassatt was an American Print Maker and Artist, mostly known for her theme in her art of "mother and child".[1]

Mary Stevenson Cassatt was born May 22, 1844 in Allegheny City, Pennsylvania, the daughter of Robert Simpson Cassatt and Katherine Kelso Johnston. [2] Mary was a descendant of the French Hugenot Jacques Cossart, who came to New Amsterdam in 1662.

Mary wanted to become an artist at a time when art was considered a social talent for women. Her father objected to her aspirations. Despite these barriers, Mary studied painting at The Pennsylvania Academy of the Fine Arts in Philadelphia, Pennsylvania. In 1866 she moved to Paris studying privately with teachers at Ecole des Beaux-Arts, an institution that did not accept women. That year she joined Charles Chaplin's painting classes.[3] 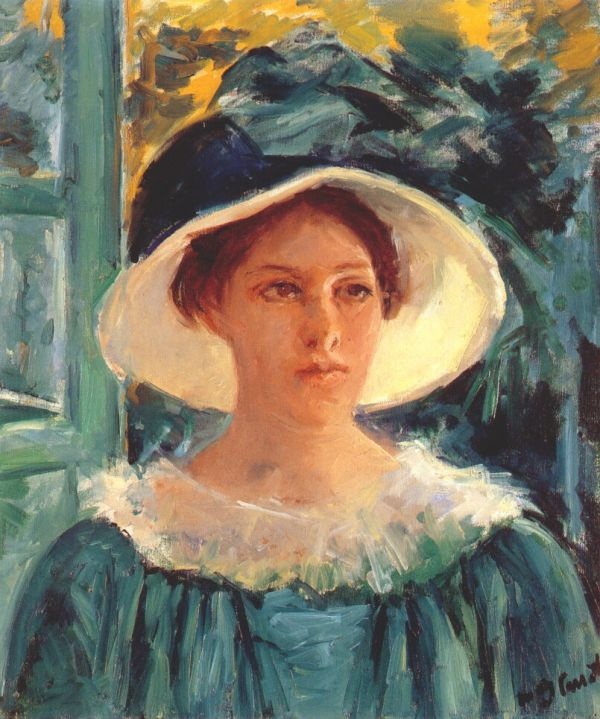 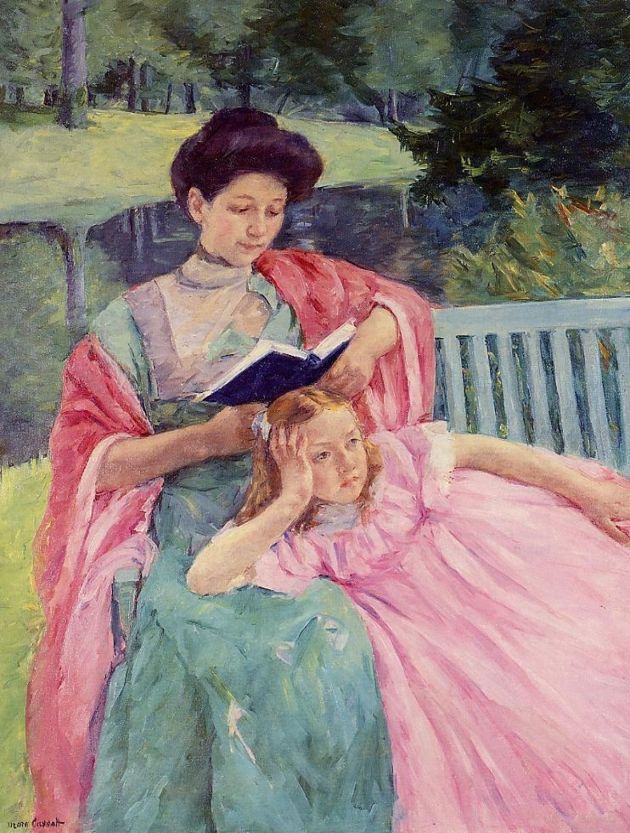 Mary suffered for very poor health. She continued painting despite her symptoms. By 1911 she had developed diabetes, rheumatism, neuralgia, and cataracts in both eyes. In 1914 she was forced to quit painting as she was almost blind. [4]

Mary directed her creative energies towards women's suffrage. In 1915, she showed eighteen works in an exhibition based on that movement.[5]

Mary Cassatt died June 14, 1926 at Château de Beaufresne, France. She was buried Mesnil-Theribus, France. She left behind a wealth of art that is displayed in museums in many states and many countries.[6] 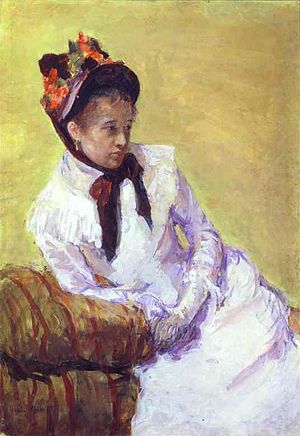 The Seeds You Plant 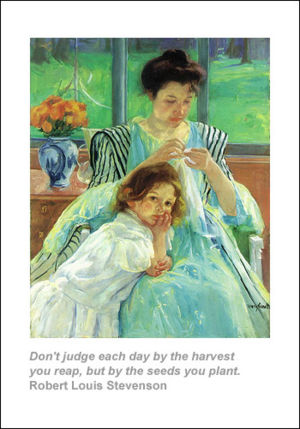 The Child's Bath by Mary Cassatt 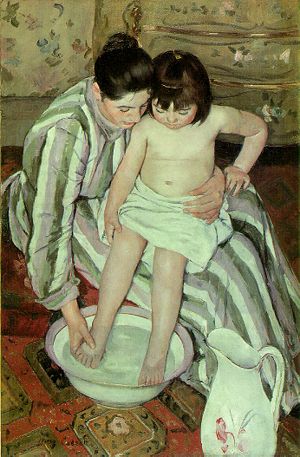 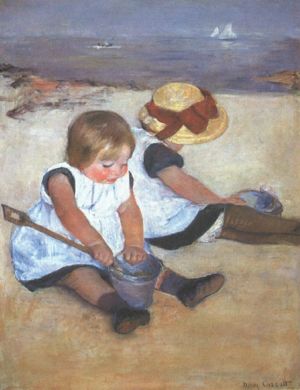