Bobby Darin (born Walden Robert Cassotto) was an American singer, songwriter, and actor of film and television. He performed in a range of music genres, including pop, rock'n'roll, folk, and country.

Bobby Darin married Sandra Dee in 1960. They met while filming Come September (which was released in 1961). On December 16, 1961, they had a son, Dodd Mitchell Darin (also known as Morgan Mitchell Darin). Dee and Darin officially divorced on March 7, 1967.

The Great Performer - Legends In Concert

Sponsored Search by Ancestry.com
DNA
No known carriers of Bobby's DNA have taken a DNA test. 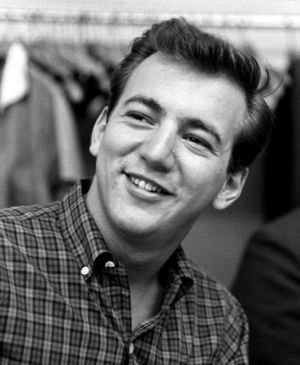 Leave a message for others who see this profile.
There are no comments yet.
Login to post a comment.
James LaLone
Of possible interest - http://npaper-wehaa.com/citypulse#2017/07/19/?article=2951959
posted Jul 21, 2017 by James LaLone