Ferdinand was born in the city of Seville on 6 December 1285 as the second child and eldest son of King Sancho IV of Castile and his wife María de Molina. He was baptized at Seville Cathedral by Archbishop Raimundo de Losana and was immediately proclaimed heir to the Crown and received the homage of the nobles of the Kingdom.

Ferdinand IV died aged 26, and when he died he left an only 1-year-old son, who would reign as Alfonso XI of Castile. In September 1312, shortly after his death, the mortal remains of Ferdinand IV were transferred to the city of Córdoba, and on 13 September they were buried in a chapel of the Mosque-Cathedral of Córdoba, although his corpse should have been buried in the Toledo Cathedral next to his father Sancho IV or in Seville Cathedral with his paternal grandfather Alfonso X and his paternal great-grandfather Ferdinand III. In 1729 works for the completion of the Church of Saint Hippolytus were begun, which were terminated in 1736, and on the night of 8 August 1736, with all honors, the mortal remains of Ferdinand IV and Alfonso XI were transferred to the Royal Collegiate Church of Saint Hippolytus, where they have since rested. [1]

Is Fernando IV your ancestor? Please don't go away!

ask our community of genealogists a question.
Sponsored Search by Ancestry.com
DNA
No known carriers of Fernando IV's DNA have taken a DNA test.

Images: 1
Fernando IV in a miniature of the Compendio de crónicas de reyes. 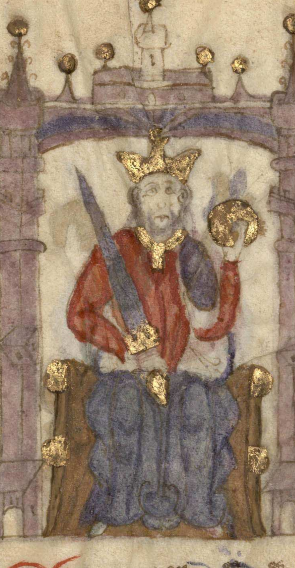 Fernando IV is 29 degrees from Ludwig Kraayenbrink, 7 degrees from Henry VIII of England and 26 degrees from Ferdinand von Zeppelin on our single family tree. Login to find your connection.