"Henry was the fourth of ten illegitimate children of King Alfonso XI of Castile and Eleanor de Guzmán, a great-granddaughter of Alfonso IX of León. He was born a twin to Fadrique Alfonso, Lord of Haro, and was the first boy born to the couple that survived to adulthood.

"At birth, he was adopted by Rodrigo Álvarez de las Asturias. Rodrigo died the following year and Henry inherited his lordship of Noreña. His father later made him Count of Trastámara and lord over Lemos and Sarria in Galicia, and the towns of Cabrera and Ribera, which constituted a large and important heritage in the northeast of the peninsula. It made him the head of the new Trastámara dynasty, arising from the main branch of Burgundy-Ivrea.

"While Alfonso XI lived, his lover Eleanor gave a great many titles and privileges to their sons. This caused discontent among many of the noblemen and in particular the queen, Maria of Portugal, and her son, Pedro, known as Pedro the Cruel and the Just." [1]

On 27 July 1350, Henry married Juana Manuel, the daughter of Juan Manuel, Prince of Villena, head of a younger branch of the royal house of Castile. They had three children:

He also had several children outside wedlock, some of which he mentioned in his will dated 29 May 1374. 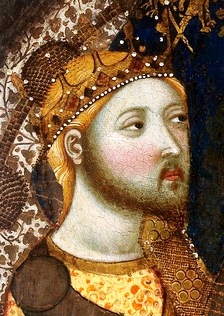 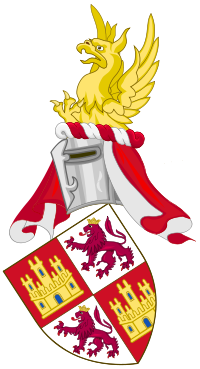 Carlos de Souza Silva
I come to request the inclusion of Alfonso Enriquez, Count of Gijón and Noreña (1355  c.?1400), a son of Elvira Íñiguez, (Hume, Martin Andrew Sharp. The Spanish People, D. Appleton, 1911)[1] Count of Noreña and Gijón. He married Isabel of Portugal, Lady of Viseu. The above source is refered in this wikipedia article (https://en.wikipedia.org/wiki/Henry_II_of_Castile ). He was included in his will, so recognized as son. He is important because from him and his wife later comes the lineage of the Noronha, an Aristocratic important family of Portugal.
posted Oct 01, 2017 by Carlos de Souza Silva