Note that new profiles have not been created during the C-a-T; connections have been made among existing profiles only. This notice has been posted in all of the profiles mentioned below.

Sponsored Search by Ancestry.com
DNA
No known carriers of Teresa's DNA have taken a DNA test. 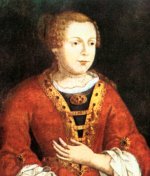