René-Robert Cavelier was a member of the aristocracy in Europe.

René-Robert Cavelier, Sieur de La Salle (Robert de La Salle) researched the upper Saint Lawrence River find a strategic fur trading base of operation for the French and he explored the Erie, Huron and Michigan Great Lakes and eventually paddled halfway down the Mississippi River to its mouth. He claimed the entire Mississippi River basin for Louis XIV of France, which he named "Louisiane" (See Louisiana Territory).

Highlighting that Marchand has to say about La Salle's legacy:

Also, the reader should be forwarned that, according to Dupré, it is "apparent that a definitive study of Cavelier de La Salle’s life and work has yet to be made."

1658 --- Enrolled in the Jesuit noviciate in Paris taking his vows two years later.

1667/03/03 --- Discharged from his vows due to “moral weaknesses”. Later that year he arrives in New France. Almost a year earlier, his brother Jean, a Sulpician priest, had gone to minister at Ville-Marie.

1667 --- Received a land grant on île de Montréal's south-west shore. In time, his seigneurie became known as La Chine (China) due to his obsession for finding a route to the Pacific Ocean and China via the Ohio River.[1]

1669 --- In July La Salle sold his seigneurie to finance his expedition upriver. Sulpician Dollier de Casson joins the search, bringing the Abbé René de Bréhan de Galinée to document the geography. In September they explore Lake Erie via the St Lawrence and Lake Ontario to a Seneca village on the Genesee River, then to the mouth of the Niagara River, and to Ganastogue, an Iroquois colony at the head of Lake Ontario. La Salle then reached the Ohio River and followed it as far as Louisville, Kentucky, On November 1, presuming to have fallen ill, La Salle leaves the expedition to return to Ville-Marie.

1670 --- He finally arrives at Ville-Marie in September of 1670, ten months after his departure from the expedition. Years later he would claim to have discovered the Mississippi prior to his return to the settlement. It is well known that Jolliet and Marquette reached the Mississippi River before La Salle, that is on July 16, 1673 before returning to Canada, near the mouth of the Arkansas River across from modern-day Rosedale, Mississippi.

1673 --- Louis de Buade de Frontenac, Governor of New France, determining to secure the fur trade within the Great Lakes watersheds, commissions La Salle, who succeeds by building Fort Frontenac at Cataracoui. Shortly thereafter Frontenac sent La Salle to France as; “a man of intelligence and ability, more capable than anybody else I know here to accomplish every kind of enterprise and discovery . . . .". Acknowledging La Salle achievements, the King granted him letters of nobility and the new Cataracoui seigneurie in 1675.

1677 --- Perhaps because of the ease of obtaining rights and entitlements from the monarchy four years earlier, La Salle again returns to France. On May 12, he is granted, some say by bribery, sole exploratory rights for the Gulf of Mexico. Later, he would further capitalize on this right via a codicil bestowing the additional rights to “build forts at the places where he may consider them necessary and to benefit from the same conditions as at Fort Frontenac”, as well as a monopoly to trade in buffalo hides.

1678 --- When he disembarks back in the colony he is with Henri de Tonty, an Italian soldier. They become lifelong friends.

1679 --- La Salle built the Griffon with the aim of reaching the Mississippi River via Lake Erie and he wound up sailing the Griffon up lakes Erie and Huron through the straits of Michilimackinac on to Baie des Puants (present-day Green Bay). The Griffon was then despatched back to Niagara but the Griffon was somehow lost and never heard of again. La Salle had meanwhile explored Lake Michigan by canoe. On reaching the mouth of the Miami River (St. Joseph) he built Fort Miami.

"In October 1679, while preparing to leave for France, he tried to recover the money which he had advanced to his brother, René-Robert Cavelier de La Salle, who had been in New France since 1667. On 23 November, the Conseil Souverain rendered a judgement which allowed him to obtain a fairly large sum. This so ruined La Salle’s credit in the colony that he wrote in a letter: “[ Jean ] has done . . . all that the bitterest enemy could do.” [2]

1680 --- In January, La Salle's party reached the site of the present-day city of Peoria, Illinois. There he began to erect Fort Crèvecoeur. While the construction was underway, disaster struck Fort Conti, which was destroyed by fire.

1682 --- An expedition consisting 41 Frenchmen and Amerindians set out from Fort Crèvecoeur in January, making their way south via the Chicagou (Chicago), Renard (Fox) and Illinois rivers and reaching the Mississippi near present-day Memphis, where La Salle had a small fort, Fort Prud’homme, built. La Salle reachs Arkansas stopping at the Quapaw village of Kappa, on the Mississippi, 20 miles south of the mouth of the White River. On April 6, La Salle and his party sighted the mouth of the Mississippi.

1884 --- La Salle leaves with 300 people from La Rochelle, France with four ships: the Le Joly, the L'Aimable, the La Belle, and the St. François. Having anchored In Caribbean waters off Saint-Domingue, on the island of Hispaniola, Spanish privateers capture the St. François "fully loaded with supplies, provisions, and tools for the colony". In late November 1684, La Salle resumes his search for the Mississippi River delta with the three remaining ships.

1685 --- Due to inaccurate maps, miscalculation of the latitude of the mouth of the Mississippi River determined in the previous expedition, and overcorrection for the Gulf of Mexico currents, the expedition lands at Matagorda Bay in early 1685, 400 miles (640 km) west of the Mississippi. A series of mishaps result in the grounding of the Aimable on a sandbar in Matagorda Bay. but the Aimable ran aground and was split apart. In mid-March, having fulfilled his mission in escorting the colonists across the ocean, the naval commander of the expedition returns to France with about 120 people aboard the Joly. From the end of March to June, La Salle took 52 men in five canoes to find a temporary settlement that came to be called Fort St. Louis. In early June, in search of a more permanent settlement and hauling supplies from the Belle, timber having to be salvaged from the shipwrecked Aimable.

1686 --- The shipwreck at Matagorda Bay in February of the La Belle, the last of the expedition's four ships, sets in motion the eventual tragedy fate for much of the settlers of La Salle's last expedition.

1687 --- With fewer than 45 of the original 180 people remained in the colony, convinced survival depended on getting help from New France and fewer than 20 people remained at Fort St. Louis, La Salle in January left with 17 men on a final expedition to try to reach the Illinois Country. While camping near present-day Navasota on March 18, several men quarreled and during the night, a member of the expedition killed three other men including two La Salle nephews.

1687/03/19 --- Two of expedition members murder La Salle's near the Brazos River. Most of colonists left behind the expedition died from disease or Karankawa attack.

1688 --- What little remained of the expedition reached France in the summer of 1688 and informed King Louis of La Salle's death and the horrible conditions in the colony. Louis did not send aid.

Is René-Robert your ancestor? Please don't go away!

ask our community of genealogists a question.
Sponsored Search by Ancestry.com
DNA
No known carriers of René-Robert's ancestors' DNA have taken a DNA test. 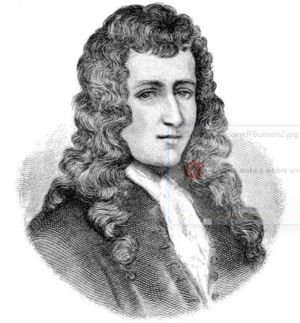 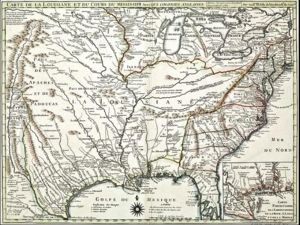 Sailed for Canada in the spring of 1660

Angeline Gallant
He was murdered by one of his companions