Arthur Cayley is one of the founders of the modern British school of pure mathematics. Many mathematical terms, not to mention a crater on the Moon, are named after him.

He was born in Richmond, London, England, on August 16, 1821. He spent his first eight years in St. Petersburg, Russia, where his father was a merchant. In 1829 the family returned to England and Arthur was sent to a private school, where the school's master observed signs of mathematical genius and advised the father to send him to University.

Cayley entered Trinity College, Cambridge at the age of 17, where he excelled in Greek, French, German, and Italian, as well as mathematics. At the age of 25, having received his M.A., he became a lawyer, specializing in conveyancing. During this period he produced dozens of ground-breaking mathematical papers (he was to produce a prodigious 967 papers during his lifetime). He did not enjoy practicing law, remarking that "the object of law was to say a thing in the greatest number of words, of mathematics to say it in the fewest."

In 1863, at the age of 42, he gave up a lucrative career (a decision he never regretted) to return to Cambridge as the Sadleirian professor of Pure Mathematics. He married that same year and he and his wife had two children. He enjoyed novel-reading, travelling and water-color painting, which he found useful sometimes in making mathematical diagrams.

Cayley received many honours during his career, notably the Royal Society's Copley Medal in 1882. In 1883 Cayley became President of the British Association for the Advancement of Science.

Cayley died in Cambridge on January 26, 1895 after a long illness. 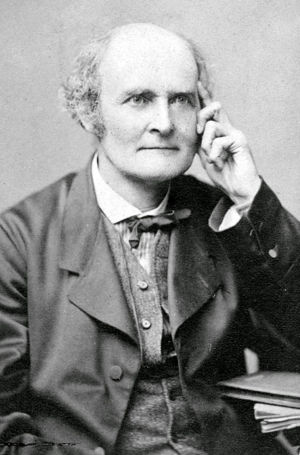