Coco Chanel was a French fashion designer and business woman. She was the founder and namesake of the Chanel brand.

Gabrielle Chasnel was born August 19, 1883 in Saumur, Maine-et-Loire, France to the unmarried couple Henri Albert Chanel and Eugénie Jeanne Devolle. Her father was 27 years of age at the time of her birth and her mother, 21 years of age [1]. Her last name was written as "Chasnel" on her birth record, which was probably a clerical error as she went by "Chanel" for the remainder of her life.

Gabrielle's mother was ill for most of her life. Her mother eventually passed February 6, 1895. It is unknown exactly what her mother died of, some sources say tuberculosis [5] and others say "poverty, pregnancy and pneumonia were as likely to blame" [6]. After her mother's death, her father abandoned his family. The boys were left with a peasant family and the girls including Gabrielle, were left at the Abbey d'Aubazine, in the Corrèze department, where the nuns ran an orphanage [6]. It was during her time at the convent that Gabrielle learned to sew [7].

When Gabrielle turned 18 she was sent to the Notre Dame school in Moulins, an institution where her aunt Adrienne was already being educated. After a year or so, the mother superior of the school got Adrienne and Gabrielle jobs as shop assistants and seamstresses in a draper's store on the rue de l'Horloge [6] [5]. The girls lived above the shop and through their work met officers who took them out to "La Ratonde", where concerts were held. Gabrielle began singing on-stage, singing "Ko Ko Ri Ko" and "Qui qu'a vu Coco?" Due to this song selection, Gabrielle became Coco. [6][5]. In 1906, Chanel worked in the spa resort town of Vichy where she planned to work as a performer. When the Vichy season ended, Chanel returned to Moulins. [8]. She shortly thereafter moved in with her lover Etienne Balsan at his Chateau de Royallieu. Here, Chanel began to create hats for her friends [7].

In 1909, through Balsan she met her lover and muse Arthur (Boy) Capel. It was through his encouragement and financial backing of both Capel and Balsan, Gabrielle set up in the ground floor apartment at 160 boulevard Malesherbes in Paris. Here she made and sold hats to Paris society. [7] [6].

In 1910, Chanel moved her shop to 21 rue Cambon. Her hats were becoming more well known. With Capel's investment they opened a shop in the resort of Deauville on the rue Goutaut. This time she sold clothes as well as hats. These clothes were more masculine, tailored and loose-fitting compared to the form-fitting women's fashion of the day. The clothes were luxury casual clothing made from untraditional comfortable materials such as jersey and hircot[7]. The shop in Deauville was a great success and in 1915, Chanel opened another location in Biarritz, Pyrénées-Atlantiques. Due to the business' success, in 1916 Chanel repayed Capel his initial investment. [9]

In 1918, Chanel purchased the building at 21 rue Cambon and established and registered her couturière by 1919. Chanel sold hats, clothing, accessories and eventually perfume. Chanel introduced her signature perfume "Chanel No. 5" in 1921. It was the first perfume to have the name brand of a clothing designer.

While at the Abbey d'Aubazine, Gabrielle's older sister Julia fell pregnant. She gave birth to a son, André Palasse. After her sister died in 1910 when the boy was 6 years old, Gabrielle became his guardian. She brought the child up, but sent him to an English boarding school when she moved to Paris around 1909. [6] [5].

While in Moulins around 1906, Coco began relationship with Etienne Balsan, who had a reputation as a rich playboy. He introduced Coco to high society and Chanel became his mistress. [8]. She lived with Etienne Balsan at his Chateau de Royalieu until 1909.

It was through Balsan around 1909, that Chanel met her lover and muse Arthur (Boy) Capel, an english playboy. Coco began cutting up Boy's polo clothes beginning to fashion the style that would become signaturely hers. Capel would financially invest in Chanel's early career. [6]. By 1917, Capel thought he should settle down and marry into the English aristocracy. Boy continued to see Coco but their relationship abruptly ended when Capel died in an automobile accident December 21, 1919 [7].

In 1908, Chanel began an affair with one of Balsan's friends, Captain Arthur Edward 'Boy' Capel, a wealthy member of the English upper class. He installed Chanel in an apartment in Paris, and financed Chanel's first shops. The affair lasted nine years, but even after Capel married an English aristocrat, Lady Diana Wyndham in 1918, he did not completely break off with Chanel. His death in a car accident, in late 1919, was the single most devastating event in Chanel's life.

Chanel began designing hats while living with Balsan, initially as a diversion that evolved into a commercial enterprise. She became a licensed milliner (hat maker) in 1910 and opened a boutique at 21 rue Cambon, Paris named Chanel Modes. In 1913, Chanel opened a boutique in Deauville financed by Arthur Capel where she introduced deluxe casual clothes suitable for leisure and sport. The fashions were constructed from humble fabrics such as jersey and tricot, primarily used for men's underwear. The location was a prime one.

In 1923, Vera Bate Lombardi, (born Sarah Gertrude Arkwright), reputedly the illegitimate daughter of the Marquess of Cambridge, afforded Chanel entry into the highest levels of British aristocracy. It was an elite group of associations revolving around such people as Winston Churchill, the Duke of Westminster, Hugh Richard Arthur Grosvenor, known to his intimates as "Bendor" and royals such as Edward, Prince of Wales. The Duke of Westminster and Chanel embarked upon an affair that lasted ten years. He lavished Chanel with extravagant jewels, costly art, and a home in London's prestigious Mayfair district. When asked why she did not marry the Duke of Westminster, she is supposed to have stated: "There have been several Duchesses of Westminster. There is only one Chanel."

Chanel's philosophy was to emphasize understated elegance through her clothing. Her popularity thrived in the 1920s, because of innovative designs. Chanel's own look itself was as different and new as her creations. Instead of the usual pale-skinned, long-haired and full-bodied women preferred at the time, Chanel had a boyish figure, short cropped hair, and tanned skin. She had a distinct type of beauty that the world came to embrace. She launched her trademark perfume,, Chanel No. 5, in 1923. It was the first to feature a designer’s name. Always in favor of comfortable clothing, she released the corsets and stifling clothing of the time. The classic Chanel suit was introduced in 1925: a collarless cardigan jacket made of woven wool, with tight fitting sleeves, braid trim and gold buttons and matched to a plain graceful skirt. In 1926 she created the “little black dress”. She is also known for rows of pearls, “With a black sweater and 10 rows of pearls Chanel revolutionized fashion” Dior. Coco and Thé House of Chanel also helped pioneer the bias cut dress, shoe string shoulder straps and the floating evening scarf.

Chanel was the mistress of some of the most influential men of her time, but she never married. She had significant relationships with the poet Pierre Reverdy and the illustrator and designer Paul Iribe. After her romance with Reverdy ended in 1926, they still maintained a friendship that lasted some forty years.

In 1939, at the beginning of World War II, Chanel closed her shops, maintaining her apartment situated above the couture house at 31 Rue de Cambon. She claimed that it was not a time for fashion and 3,000 female employees lost their jobs. The advent of war had given Chanel the opportunity to retaliate against those workers who, lobbying for fair wages and work hours, had closed her business operation during a general labor strike in France in 1936. In closing her couture house, Chanel made a definitive statement of her political views, most notably her dislike of Jews.

In 1945, Chanel moved to Switzerland, eventually returning to Paris in 1954. In 1953 she sold her villa La Pausa on the French Riviera to the publisher and translator Emery Reves. Five rooms from La Pausa have been replicated at the Dallas Museum of Art, to house the Reves's art collection as well as pieces of furniture belonging to Chanel. Now over seventy years old, after a fifteen-year absence, she felt the time was right for her to re-enter the fashion world. The re-establishment of her couture house in 1954 was fully financed by Chanel's old nemesis in the perfume battle, Pierre Wertheimer. Her new collection was not received well by Parisians who felt her reputation had been tainted by her wartime association with the Nazis. However, her return to couture was applauded by the British and Americans, who became her faithful customers.

In her last years she had become tyrannic and extremely lonely and was sometimes accompanied by Jacques Chazot and her confidante Lilou Marquand. A faithful friend was also the Brazilian Aimée de Heeren who lived in Paris four months a year at the nearby Hotel Meurice. She was also a love interest and one stage of the Duke of Westminster and the former rivals shared happy souvenirs of times with the Duke and they used to walk together around central Paris.

As 1971 began, Chanel was 87 years old, tired, and ailing, but nonetheless stuck to her usual routine of preparing the spring catalog. She had gone for a long drive the afternoon of Saturday January 9 and feeling ill went to bed early. She died on Sunday, January 10, 1971 at the Hotel Ritz where she had resided for more than 30 years.

Her funeral was held at the eglise de la Madeleine, her fashion models occupied the first seats during the ceremony, her coffin was covered with white flowers - camellias, gardenias, orchids, azaleas and a few red roses.

Her grave is located in the Bois-de-Vaux Cemetery, Lausanne, Switzerland.

Is Coco your ancestor? Please don't go away!

ask our community of genealogists a question.
Sponsored Search by Ancestry.com
DNA
No known carriers of Coco's ancestors' DNA have taken a DNA test. 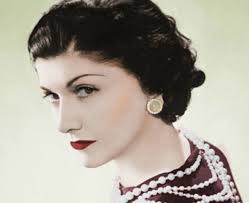 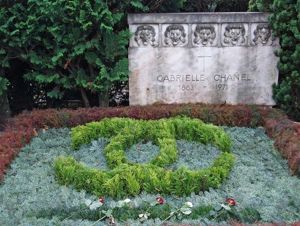 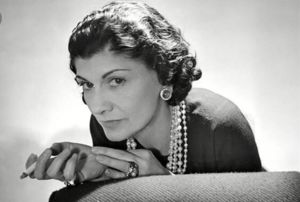 Isabelle (Rassinot) Martin
The French Roots project would be willing to co-manage this profile representing an important French notable.

Could you please add wikitree-french-roots at googlegroups dot com as manager? Please contact us if there are any questions or issues - Thank you !

Evelina Staub
I added Coco Chanel's birth certificate and put "Chasnel" as "other last names" since that is her actual birth name
posted Jan 03, 2018 by Evelina Staub