Marriage. In 1858, in the Colony of Victoria, Emily married George Thurrowgood. [2]

Geelong Advertiser, Friday 21 April 1922 - Page 6
OBITUARY.
The funeral of the late Mrs. Emily M. Thurrowgood, widow of the late George Thurrowgood, a well known and highly respected resident of Clarence-street, Geelong West, took place on Wednesday afternoon, her remains being laid to rest in the family grave in the Baptist portion of the New General cemetery in the presence of a number of personal friends. The polished coffin was borne from the hearse to the grave by Messrs. Geo. Hill, W. Chappell, T. Moffatt, T. Hainster. The following supported the purple pall: Rev. F. J. Jennings, and Messrs. A. W. Ward, H. R. Shirley (junr.), G. Thurrowgood, T. Thurrowgood, E. C. Thurrowgood, Alf. Thurrowgood, Arthur Thurrowgood, and T. Bowyer. Mr. Albert I. Ward, of the Particular Baptist Church, Melbourne, conduced the burial services both at the home and graveside. Mr. Alex. Monro, funeral director, of Ryrie street, carried out the mortuary arrangements. [4]

ask our community of genealogists a question.
Sponsored Search by Ancestry.com
DNA Connections
It may be possible to confirm family relationships with Emily by comparing test results with other carriers of her mitochondrial DNA. However, there are no known mtDNA test-takers in her direct maternal line. It is likely that these autosomal DNA test-takers will share some percentage of DNA with Emily: 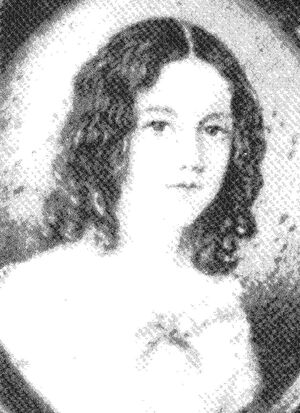