John Chatterton, an operatic singer and actor, was born on January 23, 1855, supposedly in New York, though some claimed he was born in Michigan. He began his career at an early age. At some point he traveled to Europe to study, and launched a career there as an operatic tenor. He then returned to the United States, where he had a long career, using the stage name "Don Giovanni Perugini" or "Signor Perugini".

On January 21, 1894 he became the third husband for Lillian Russell, a famous actress and singer. However, they quickly separated in six months after he became violent, and at one point tried to throw Lillian out of a hotel window. They divorced on October 21, 1898.

He completed a 50 year stage career in 1913 and died at the Edwin Forrest Home for Actors in Philadelphia a year later. 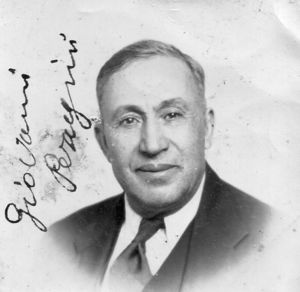