[send private message]
Profile last modified 26 Apr 2021 | Created 25 Nov 2015
This page has been accessed 2,985 times.
Research suggests that this person may never have existed. See the text for details.

Cornblossom's existence first appears 200 years after her life, in the 1958, highly fictionalized work by Thomas H. Troxel, Legion of the Lost Mine.[1] This work was then highly quoted and expanded upon in 1975 by Robert Collins in A History of the Daniel Boone National Forest 1770-1970, written for the U.S.D.A. Forest Service in large part to draw increased tourist traffic to the park. Several subsequent works further extracted from and enhanced upon these two works.[2][3] Other writers have subsequently debunked these claims.[4][5]

The Cherokee View of this Individual's Life

"Those people who are trying to claim descent from someone called "Princess Cornblossom- the daughter of Doublehead" and have visited "Doublehead's grave" IN KY, should note that the place of his death -- and burial was NOT in KY, it was in the part of the Cherokee Nation that became GA and there is no evidence that he had a daughter named "Cornblossom".[6]

The following is from David Cornsilk, Cherokee citizen and currently the most-respected authority on Cherokee genealogy. He has worked for the Cherokee Nation as a tribal enrollment research analyst and for the Bureau of Indian Affairs as a genealogical researcher.

"Cornblossom does not exist. The state of Kentucky trusted a professor from one of their state universities who is a Troxel descendant and an historian (I use that term loosely). His research was sketchy at best, but the state didn’t question it because of his profession. His motivation was to create a history of Cherokee presence in Kentucky and then insert his family. Some people are that desperate to be Indian."[citation needed]

There is, therefore, no evidence to support the following :

For an in-depth examination about the various claims concerning Cornblossom and associated profiles, please read Claim Origins - Troxel Cornblossom Doublehead and More, compiled in late 2017 by a number of volunteers from WikiTree's Native Americans project.

When making claims concerning any of these or related relations and events, please use this g2g discussion thread and support your claims with sources that can be followed and viewed by others. Thank you.

ALL descendants of Jacob Troxell are asked to get their DNA tested and list their GEDmatch number, so that each of them can be compared to one another to determine any DNA relationships of the descendants. If you haven't uploaded your Data to GEDmatch, go to GEDmatch, register and follow the instructions for uploading your Data.

DNA Sandbox If you are a DNA tester listed on this page and you have a GEDmatch ID, please send a note to Mags and she will add you to the DNA Sandbox - it is Private.

Of the 18 people listed as DNA tested on this profile and as having a paper trail back to Cornblossom, half have GEDmatch ID's. Having the GEDmatch ID's is needed in order to perform the appropriate Segment matches and comparisons.[10]

One GEDmatch ID is incorrect which kept his DNA from being considered in the analysis.

Of the 8 people with kits Viable for analysis two groups are identified as very close parent/child/aunt/uncle relationships. Only one kit from each of these relationship groups can can be used in Triangulations though no triangulated Groups (TG's) were identified.

Between Bobbi and any of the Adkins

Between Penelope and Betty

Ch. 16 for 15.5cM @ 4.9 Generations. The Distance to MCRA is 4.9 and puts this match for Penelope back to a point between Elizabeth Vaughn-1713 Abbott and Elizabeth Troxel-109 Vaughn, not to Pawlin. Betty's privacy level prevents verifications of her relationship trail to Cornblossom or her relationship to Penelope.

Between Greg (close relationship to Betty) and Tim

Chr 2 for 9.9cM @ 5 gen. to MCRA and Ch. 12 for 15.7cM @ 4.6 gen. to MCRA. The Distance to MCRA is 4.9 and puts this match for Greg back to a point between Elizabeth Vaughn-1713 Abbott and Elizabeth Troxel-109 Vaughn, not to Cornblossom. Tim's privacy level prevents verification of his relationship trail to Cornblossom or his relationship to Greg.

With the current group of 8 viable kits, there is no DNA connection between the 8 testers whose GEDmatch IDs were formerly listed on Cornblossom's Profile.

All profiles listed as DNA matches can change their privacy levels to facilitate relationship and DNA Matching and comparison. All Gedmatch ID's can be listed and any Testers who have not uploaded to GEDmatch can do so. Having further kits to analyze would be advantageous to the analysis of DNA for links to Cornblossom. 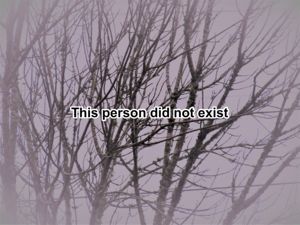