Sir John Chichester (1519/20-1569) of Raleigh in the parish of Pilton, near Barnstaple in North Devon, was a leading member of the Devonshire gentry, a naval captain, and ardent Protestant who served as Sheriff of Devon in 1550-1551, and as Knight of the Shire for Devon in 1547, April 1554, and 1563, and as Member of Parliament for Barnstaple in 1559, over which borough his lordship of the manor of Raleigh had considerable influence.[1][2][3]

His illustrious career and political dealings are described in detail from several locations.[1][2][3][4]

Sir John Chichester died on 30 November 1569,[1][2][3] and was buried in Pilton Church, in the parish of which, near Barnstaple in Devon, was situated his manor of Raleigh. 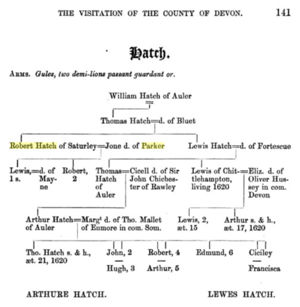 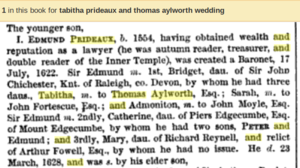 Leave a message for others who see this profile.
There are no comments yet.
Login to post a comment.
Anders Kaas Petersen
Chichester-2 and Chichester-413 appear to represent the same person because: Years match.

Both have a son Ulrith.