Moshulatubbee was the chief of the Choctaw Okla Tannap ("Lower Towns"), one of the three major Choctaw divisions during the early 19th century. While he won renown as a warrior for his exploits against the Osage, he gained more influence through his service in the Creek War of 1813-14 and at the battle of New Orleans with Andrew Jackson.[1] He was a noted orator with a powerful build and possessed great personal magnetism that attracted supporters and detractors. While he prospered as a farmer and slave owner, raising cattle, hogs and horses, he also influenced the Choctaw shift toward a market economy.[2]

Although Moshulatubbee supported the educational efforts of the missionaries, he opposed their religious activities and helped establish the Choctaw Academy in traditionalists who opposed Greenwood LeFlore's efforts to control the Choctaw Nation with his more progressive, cosmopolitan, and predominantly mixed-blood faction. Moshulatubbee was replaced by David Folsom as district chief in 1826, but he regained the office in 1830 during the removal crises.[2]

He emigrated west to Indian Territory in 1832, continued his resistance to missionaries, signed the Fort Holmes treaty in 1835, and served as district chief until 1836. Moshulatubbee died of smallpox, August 30, 1838,[3] near the Choctaw Agency on the Arkansas River and is buried in LeFlore County, Oklahoma.

Moshulatubbee replaced his deceased uncle as chief of the Okla Tannip district prior to the War of 1812. He continued on as leader to that district up through removal and participating in all treaty negotiations during that time.

"During the discussion in Congress of Jackson's Indian Removal Bill, the people of Mississippi, to win the favor of the Choctaw, made a gesture conferring citizenship upon them; and induced chief Mushulatubbe to announce himself in the April issue of the Port Gibson Correspondent as a candidate for Congress."[3]

"To the voters of Mississippi. Fellow Citizens:-I have fought for you, I have been by your own act, made a citizen of your state; ... According to your laws I am an American citizen, ... I have always battled on the side of this republic ... I have been told by my white brethren, that the pen of history is impartial, and that in after years, our forlorn kindred will have justice and 'mercy too'."
~ Mushulatubba, Christian Mirror and N.H. Observer, July 1830

He emigrated west to Oklahoma Territory in 1832, continued his resistance to missionaries,[5] signed the Fort Holmes treaty in 1835, and served as district chief until 1836.

This was copied from a headstone at Hall Cemetery near Cameron, Oklahoma. It was placed by the Oklahoma Historical Society in 1965.

Chief Moshulatubbee of Northern district, Choctaw Nation in Mississippi, received his name as a young warrior. He was dignified in bearing, of fine physique, steady and thoughtful in disposition. As Chief he was noted for his orders banning liquor traffic and drinking in his county. He strongly favored education, and a mission school (ABCFM) was located at this prairie village near the Natchez Trace in 1824. Moshulatubbee was o­ne of the three head chiefs who signed the early Choctaw treaties with the United States, including that at Dancing Rabbit Creek in 1830, which provided for the removal of the Choctaws from Mississippi. He had high hopes in coming west with his people in 1832, and made his new home in LeFlore County. He died at his home and was buried nearby, his grave covered in unmarked stones. The region from the Arkansas River to the Winding Stair Mountains was called Moshulatubbee District in law books of the Choctaw Nation, 1834 to 1907.
~ From Choctaw Nuggets by Pat Starbuck[6]
Portrait
"The CHOCTAWS, ...In this tribe I painted the portrait of their famous and excellent chief, Mo-sho-la-tub-bee (he who puts out and kills, PLATE 221), who has since died of the small-pox."
~ George Catlin[7]

During this epidemic there occurred near the Choctaw agency the death of Mushulatubbe, the famous chief. He died August 30, 1838, at the age of seventy-five or eighty years.
~ letter from Coleman Cole to Lyman C. Draper [3]

The exact parentage of Moshulatubbee is not known. It has been reported in U.S. Government documents that he is the "son of Moshulatubbee" but more likely was the nephew of his predecessor, due to the matrilineal nature of Choctaw society.

"The Treaty of 1805 carried the first provision for a permanent tribal income, ...District Chiefs, Apukshunnubbee, Pushmataha, and Moshulatubbee, should each receive a cash payment... Moshulatubbee soon died. The date is unknown, but by the time of the War of 1812 he had been succeeded by a Chief of the same name, designated by white officials as his "son," but more probably his nephew;"
~ Angie Debow, The Rise and Fall of the Choctaw Republic pgs 34-36[5]

Documentation is lacking as proof to the wives and children of Moshulatubbee. It is certain that he had more than one spouse, and may have had as many as four; but they too, by Choctaw custom, may have used more than one name and therefore should be combined. Some speculate that there may have been plural or simultaneous marriages. Below are the reported spouses, in no particular order, and the most likely children with each spouse. Care has been taken to create as accurate a listing as possible, providing sources where available. However, this is not a definitive list and corrections are welcomed.

Children's Surname
His children began to use the surname King, the English translation of the title Mingo given to a district chief.

Note: A man calling himself William Chubbee claimed to be a "lost" child of Moshulatubbee. He wrote a controversial book in 1848 telling his story and "proving" his relationship. He is not included above as this story has been almost certainly debunked. See Wikipedia: William McCary for more details.

* Signifies an unproven child/dependent of Moshulatubbee - DOES NOT indicate disproved

As with many Choctaw, Moshulatubbee used different names during his lifetime, although most commonly known to history as Moshulatubbee or Mushulatubbee. Other names and spelling variations appear below:

There is a wonderful biographical sketch attached as a pdf to a profile of Moshulatubbee on another website. This biography was written by Wanda L. Clark and shows a date "Revised 01 March 2000" but the pdf does not contain a bibliography and sources are referenced but not listed. The document is worth your time to review, and if the original can be located it would provide a valuable source for this profile.

Sponsored Search by Ancestry.com
DNA Connections
It may be possible to confirm family relationships with Moshulatubee by comparing test results with other carriers of his Y-chromosome or his mother's mitochondrial DNA. However, there are no known yDNA or mtDNA test-takers in his direct paternal or maternal line. It is likely that these autosomal DNA test-takers will share some percentage of DNA with Moshulatubee: 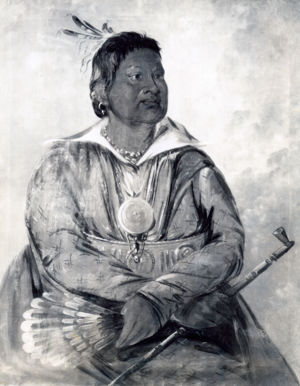 Jillaine Smith
Could one of the profile managers please change his last name at birth to Choctaw? See Ron's comment below. Thanks.
posted on Moshulatubee-1 (merged) Jun 23, 2020 by Jillaine Smith