John was born on 4 February 1880. He was the son of Randolph Spencer-Churchill and Jennie Jerome.

In his youth, John Churchill was referred by Winston as a ‘baby’. His nickname: 'Jack' 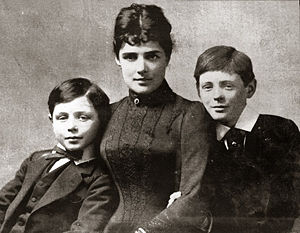