John "of Warkworth" FitzRobert formerly Clavering
Born before 1191 in England

"John FitzRobert (c. 1190-1240) held estates distributed across two regions of England, the far north along the Scottish border, and East Anglia and Essex. He accordingly had ties with the two main, but largely separate, groups of barons who rose in opposition to King John in 1216.

"John’s ancestors had a long tradition of service to the Angevin monarchy. His grandfather Roger FitzRichard through his military prowess had earned the favour of Henry II, who in 1158 granted him the castle of Warkworth in Northumberland and a few years later the castle and feudal honor of Clavering in Essex. John’s father, Robert, who came of age in 1191, served as sheriff of Northumberland in 1203 and received various grants of manors from John in 1204 and 1205. Robert was a man of wealth and made numerous additions to the great castle at Warkworth which are still visible in the castle’s fabric today, notably the Carrickfergus tower and the western part of the south wall.

"John, who succeeded his father in 1212, took over from the latter his established position in northern society, numbering among his associates Eustace de Vesci, William de Mowbray and Peter de Brus. However, he also spent time in East Anglia, where his great-grandfather had acquired estates through his marriage to a daughter of Roger Bigod, earl of Norfolk, and his father had strengthened the family’s position further by an almost equally valuable marriage to the daughter of the Norfolk landowner, William de Chesney. In 1213 and 1215 John served as sheriff of Norfolk and Suffolk.

"Understandably, in the light of his and his family’s long tradition of royal service, John was a relative latecomer to the baronial cause. It was nonetheless a tribute both to his high standing and the strength of his ties in northern society that he was chosen one of the Twenty Five. After the renewal of hostilities in the autumn of 1215 he joined his associates in waging war against King John, but after the baronial defeat at Lincoln in May the following year he was among the earliest to offer submission to Henry III’s Minority government. He served as sheriff of Northumberland from 1224 to 1227."

About 1218, John married Ada de Balliol, "through whom he acquired the lordship of Barnard Castle in County Durham....[1] When he died in 1240, Matthew Paris, the chronicler of St Albans Abbey, wrote: 'In this year died John FitzRobert, a man of noble birth and one of the chief barons of the northern provinces of England'."

Son and heir of Robert FitzRoger "by Margaret, daughter and heiress of William Fitz Walter (also known as William de Chesney).[3] Robert and Margaret married after the death of her first husband, Hugh de Cressy, who died before Michaelmas1189.[4]

In about 1218,[6] John married Ada, daughter of Hugh de Balliol of Barnard Castle, by Cecily de Fontaines. Her maritagium included the barony of Stokesley, Yorkshire.[2] Ada and John had five sons and four daughers.[3]

King John, in 1213, had "ratified the grant of the castle and manor of Warkworth, made by King Henry II to his grandfather, Roger Fitz-Richard, as also of the manor of Clavering. In [the] years afterwards, he was appointed joint governor with John Marshall of the castles of Norwich and Oxford; but joining in the insurrection of the barons, and being chosen one of the twenty-five appointed to exercise the regal authority, his lands were seized by the king and a part confiscated. Returning, however, to his allegiance in the next reign, his castles and estates were restored to him."[8]

In 1229, "he was one of the great northern barons appointed by special command of the king to wait upon Alexander, King of Scotland, at Berwick-upon-Tweed, and to conduct that prince to York, there to meet the king of England, 'to treat upon certain affairs of great importance.' His lordship m. Ada, dau. and heir of Hugh de Baliol, and grand-aunt of Baliol, King of Scotland, and had issue, Roger, his successor; Hugh, surnamed 'de Eure,' from whom the Lords Eure descended; and Robert, ancestor of the Eures of Axholm, in Lincolnshire."[8]

John FitzRobert died shortly before 21 Februay 1240/41.[3][9] and was succeeded by his eldest son, Roger FitzJohn,[8] a minor.[10] "His widow Ada, daughter of Hugh de Baliol, appears to have been a woman of much character. She could not, however, even for 1,000 marks, obtain the guardianship of her son Roger fitz John, which Henry III bestowed on his own half-brother, William de Valence."[11] Ada died 29 July 1251[3] at Stokesley.[12]

The arms of John Fitz Robert are found among the earliest examples of heraldry ever recorded, the Matthew Paris shields (MP39).

The descendants of his son Hugh de Eure bore the same arms with three escallops argent on the bend.[15]

"John, constable of Chester, and his descendants differenced this coat with a label, till, at the end of the thirteenth century, Henri de Laci, earl of Lincoln, assumed a new coat—or, a lion rampant purpure.

Richardson notes that "the lordship of Clavering" was given to Roger FItzRichard, Knt. in 1163 (Royal Ancestry, II:218 CLAVERING 2). Subsequent generations are shown as "of Clavering", but there was not a "Lord Clavering" until 1299, when John FitzRobert was summoned to Parliament "from 16 July 1299 to 20 Nov. 1331 by writs directed Johanni de Clavering, whereby he is held to have become Lord Clavering." (Royal Ancestry, II:225 CLAVERING 7.)[10]

Richardson shows John Fitz Robert as "of Warkworth [and] Clavering".[3][10] Weis names him "lord of Clavering and Warkworth".[20] But Lewis's entry for him in ORTNCA[21] implies that he was 3rd Lord Warkworth and Lord Clavering, by showing his father as "Robert FitzRoger, 2nd Baron Warkworth, Lord Clavering,..." and his son as "Roger FitzJohn, 4th Lord Warkworth, Baron Clavering". While Lewis includes citations to Richardson's Royal Ancestry and Magna Carta Ancestry, neither of those works show Robert, John, or Roger as a Baron (or Lord) of Warkworth or Clavering.[22]

Note that only Lewis assigns a number and capitalizes it (Lord, instead of lord). A comment left on another surety baron's profile in August 2019 noted that the entry for Baron in the online Encyclopaedia Britannica "gives a good explanation of the differences between a baron and a Baron." It seems the same applies here. The family at this time were lords (not Lords) of Warkworth.

The 1958 1000 Years of Stokes apparently took "Stokesley" to be the same as Stokes and gives the Claverings the surname "Stokes". It also includes the family in Northumberland who apparently were Stokes (see John Stokes).

Thank you to everyone who contributed to this profile. Click the Changes tab to see edits to this profile; from that list, click WikiTree IDs other than Clavering-13 to see changes to those profiles prior to being merged.

John Fitz Robert of Clavering is a Magna Carta surety baron and has the Magna Carta Project as a manager.

See Clavering-13 Descendants for profiles of his descendants that have been improved and categorized by the Magna Carta project and are in a project-approved trail to a Gateway Ancestor. See this index for links to other surety barons and category pages for their descendants. See the project's Base Camp for more information about Magna Carta trails. 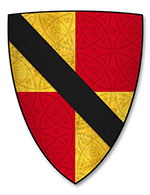 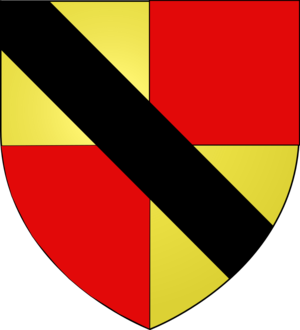 100% 5-star profile (see more at Magna Carta Project Star Profiles)
posted Sep 17, 2019 by Liz (Noland) Shifflett
[Living Schmeeckle]
If you do a google search using the words John Fitzrobert Douglas Richardson, you will find the relevant pages of Magna Carta Ancestry. Richardson doesn't try to give a marriage date or birth dates for the children; it seems that if we want numbers, we're going to have to resort to plausible speculation.
posted Nov 11, 2014 by [Living Schmeeckle]