“I like pictures – indeed, I do! But the work of adapting myself to the screenplay, of almost building my ideas of art anew, was very hard. I don’t believe that one can really and truly succeed in pictures nowadays without stage experience. That’s the finishing school for the Motion Picture field, or for the legitimate, either.” — Ethel Clayton 1914

Ethel Clayton was a well-known actress of Hollywood's silent movies. She starred in dozens of feature films during the silent era's heyday. She has more than 180 screen credits, with a career that spanned several decades, from 1909 through 1948. Ethel has been honored with a star on the Hollywood Walk of Fame.

She was born Ethel Gertrude Blum, the daughter of John and Mary Kennedy Blum, 8 November 1882 in Champaign, Illinois.[1][2]

She was married twice. Her first husband, whom she married in 1914 in Philadelphia,[3] was Joseph Kaufman, an actor and director, who died in the 1918 flu epidemic. Her second husband was the actor Ian Keith {Keith Macaulay Ross,) whom she married about 1928 in Minneapolis. Neither marriage produced any children.

"Miss Clayton, remembered for her soft gray eyes and light red hair, started her career with the T. D. Frawley stock company before making her first movie in 1909. Her last major roles were played in 1933 soon after the advent of talking films."

"Following her retirement she lived with a brother, Donald Clayton Blum, at nearby Thousand Oaks, until his death, then came to Oxnard two years ago. Death came at St. John's Hospital, following a lingering illness. Miss Clayton had been in a convalescent home for some time. Her only surviving relative is a cousin Mrs. Vincent J. Sullivan, of Flushing, N.Y."

"Miss Clayton was married in 1915 to a Paramount director, Joseph Kaufman, who died of pneumonia in 1918. Later, she married actor Ian Keith, but they separated after five years of marriage."

There are some wonderful pictures of Ethel from her years on the stage and film, as well as quotes, in an article that appears on Bizarre Los Angeles, Photography and Forgotten History, which can be found here.

ask our community of genealogists a question.
Sponsored Search by Ancestry.com
DNA
No known carriers of Ethel's ancestors' DNA have taken a DNA test. 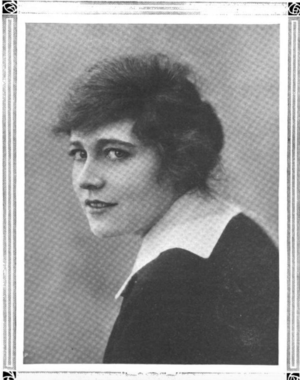 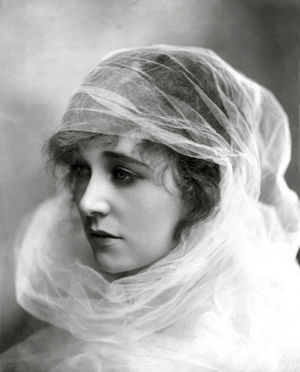 Ethel Clayton on the Cover of Motion Picture Magazine 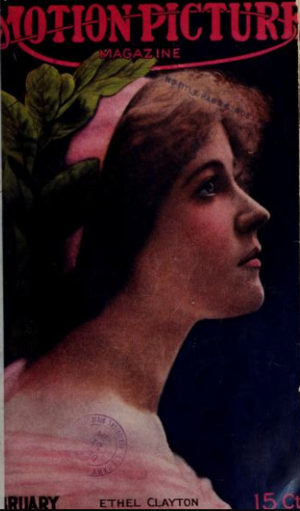