Mary Ann Lord's birth certificate (no informant) indicates that there were 6 previous children, i.e. before 1861: Alfred's in 1864 that there were 1 boy and 1 girl living with 4 deceased (David Lord informant); and George's in 1866 that there were 8 previous children, 2 males an 2 females living and 2 males and 2 females deceased (James Anderson, Superintendent Hunthawang Station informant). This suggests they could have had 9 children, and that David Lord passed away between the conception of his last child George, about Sept/Oct 1865, and his birth in June 1866, unless George's father was James Anderson [2].

There is an Ancestry Australia, Birth Index, 1788-1922, record, which would be a transcription from a birth certificate, for an Alice L Lord, born in 1857 in New South Wales, with the birth registered in Berrima, Bong Bong, Sutton Forest, New South Wales, Australia, to William D Lord and Margaret (Volume Number: V18571053 155). The Ancestry Family Tree[3] gives the specific date as 8 August 1857, location Bendooley, Berrima, NSW, and full name Alice Louise Lord, suggesting the author had access to the birth certificate. Also the same Ancestry FT has her death details as 14 Nov 1862 • South Hay, New South Wales, and "Died from burns received from a camp fire", with an Ancestry Australia, Death Index, 1787-1985 record having the year as 1862, Father David and Mother Margaret, registration no.2353, at Hay, New South Wales.

Thus of the 4 identified children of David Lord and Margaret 3 were born in the Western Riverina and Riverina areas of New South Wales, and one died there, whereas the death of a suggested father, William Lord, at Mudgee was in eastern New South Wales northwest of Sydney. Also the only one of those records with the name William included is that for the birth of Alice Louise Lord. All others have simply David Lord, which was the name given to him when baptised in Kent, England in 1827.

No birth records have so far been found for Alice Anderson, and event ages give the year as about 1868 or 1871. There is no death age and her grave is unmarked[4].

Phoebe Anderson's tombstone has her as the "Beloved daughter of James and Margaret Anderson who departed this life May 17th 1891 aged 22 years and 6 months". Her birth was actually registered 3 years late, in Hay, New South Wales but with the name given as and under Lord[5]. Her death was registered as Phoebe Anderson in Condobolin, New South Wales on 17 May 1891, where she was also buried[6].

Margaret died 31 May 1906 at Lincoln, near Wellington, New South Wales. The informant was James Anderson, her second husband.[9]

The 1892 Geographical Encyclopedia of NSW lists Lincoln as - "a postal village 260 miles west of Sydney. The nearest railway station is Wellington, 10 miles, on the western line." Lincoln does not appear to exist any longer.

Margaret Louisa Anderson passed away 31st May 1906, at Lincoln, New South Wales, aged 70 years, from Pneumonia. The name of her parents weren't known to the informant, except her father's surname was an Unknown Clives, occupation Butcher. The informant was James Anderson, her husband, of Lincoln. James said Margaret had married twice, the first to David Lord when she was 15 years old, the second to him when she was 25. There were two children living from the first marriage, and one deceased female. He and Margaret had four living children - including Alfred - and one deceased child. (All the living children are named and aged) [12]

Wellington Times (NSW) Thursday 31 May 1906 - Page 4
Funeral Notice.
THE friends of the late Mrs. MARGARET ANDERSON are hereby notified that the funeral cortege will leave her late residence, Lincoln, for the Church of England portion of the Bodangora cemetery at 11 30 a m. TO-MORROW (Friday).
C. J. SHAKESPEARE, Undertaker [13]

Thank you to Lindsay Swadling for creating WikiTree profile Cleeve-14 through the import of lindsay.ged on Mar 4, 2013.

Thank you to Wal Kirkpatrick for his work researching Margaret and her family. http://www.genealogy.kirkpatrickaustralian.com/archives/getperson.php?personID=I1010&tree=TKA 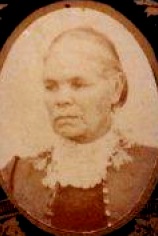 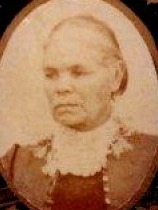