Samuel was born Nov 30 1835 in Missouri. [1] He was the son of John Clemens. Samuel was named for his grandfather Samuel Clemens and a Clemens' family friend from Virginia named Langhorne. He was born in Florida, Missouri, but grew up in Hannibal, Missouri, along the Mississippi River.

Samuel was a sickly child for the first seven years of his life.

His father’s early death may have caused great emotional trauma to the young Samuel.

In 1848, after his father's sudden death, the family was somewhat destitute. Samuel became a printer's apprentice for the Missouri Courier. The newspaper was owned by his older brother, Orion Clemens.

By 1851, he had been promoted to typesetter and started writing articles, including "A Gallant Fireman" for the Hannibal Journal/Hannibal Western Union.

In June 1853 Samuel moved to St. Louis, Missouri, to live with his sister, Pamela (married to William Moffett). Just two months later he moved to New York City to work as a typesetter.

He also worked later in Philadelphia, Pennsylvania and Cincinnati, Ohio. Clemens was a self-educated young man, reading material at the public libraries in the large cities.

In the spring of 1854, he traveled back to the Mississippi region, and continued reading all types of books.

Samuel traveled the 1,275 miles of the Mississippi for 18 months, learning the skills to be a pilot.

On June 13, 1858, the steamer Pennsylvania was destroyed by an explosion. Employed on the steam boat was his brother, Henry. Henry died of inhaled steam and severe burns a few days later.

Samuel had secured the job for Henry on the doomed steamer. This fact greatly distressed Samuel.

Samuel earned his license as a pilot in April 1859. It paid well ($250 a month) and he ran boats (including the City of Memphis up and down the Mississippi until the Civil War broke out in April 1861.

Missouri was a slave state before the Civil War. For just two weeks Samuel served with a Confederate unit, the Marion Rangers, before they disbanded.[2]

In July 1861 Samuel went with his older brother, Orion, to Carson City, Nevada, where Orion became the territorial secretary. Samuel helped him for a short time as a clerk — paid $8 a day — but decided soon after, in August 1861, that he would pan for silver.

Samuel's search for silver didn't "pan out". In 1862 he went on to become a reporter for the Virginia City Territorial Enterprise. During his time on the river he had done little writing, mostly just descriptive letters to his family.

As Mark Twain, Clemens wrote humorous articles along with local news items. Some of his stories were reprinted in other newspapers around the country.

In Carson City, Samuel met his mentor, the popular humorist Charles Farrar Browne, who used the pen name Artemus Ward. Ward recognized Clemens' talent and encouraged him to write as much as possible.

Samuel met Olivia Langdon in 1867. They were introduced by her brother, who was a friend of Samuel's. The couple's first date was to hear a reading by Charles Dickens in New York City. They married in February 1870.

Olivia contracted typhoid fever around 1872, but did recover. She always had health problems even in her youth.

Mark Twain's writings became very popular during his lifetime. He earned a good deal of money through it.

His writings reflected his time along the Mississippi:

Samuel always gave credit to his mother, Jane. He said that his sense of humor and his prompt, quaintly-spoken philosophy were her contributions to his fame.

Samuel and his family lived in Europe for four years starting in 1891 where Samuel lectured professionally. There was also a Mark Twain European lecture tour from 1895-1896.

In 1903, Olivia's doctors advised her to take up residence in the warm climate of Italy, prompting the Clemens family to move to a villa outside Florence. She died in June 1904.

There would be more challenges and tragedies in his life.

Twain's secretary, Isabel Lyon, was fired along with her new husband in 1909, on charges of embezzlement.

Twain's daughter, Jean, came to assist her father in his home in Redding, Connecticut. She died at his home on Dec. 24, 1909 of a seizure.

When Mark Twain died on April 21, 1910, he only had his one daughter, Clara and her husband, remaining of his immediate family. Clara had a daughter a few months later, named Nina. Twain was born in 1835, the year Halley's Comet was visible, and his death was in the year it returned to be visible on Earth.

He was buried next to his wife and children, who preceded him in death, in historic Woodlawn Cemetery, Elmira, Chemung County, New York, Section G. Elmira was the hometown of his wife and the family maintained a summer home there. [3]

The Mark Twain House: The home of Samuel Clemens, his wife, and children, on 351 Farmington Avenue, in Hartford, Connecticut, was approved as a National Historic Landmark to be included in the National Register on Dec 29, 1962.

[4] The lengthy application included a survey by the Historical American Buildings Survey, resulting in many photos capturing this home, documentation of the architecture, and overall ambiance of this place. [5] Today, the Mark Twain Museum offers educational topics on a multitude of issues, including race, stemming from his belief that for America needed to discuss race in order to be the county we aspired to be. [6]

It would seem that the YDNA Clemens / Clement Family that Samuel Longhorn Clemens belong to is YDNA Group #1. Nothing is yet conclusive but there is a leaning to YDNA Group #1. There is also a call to all Male Clement cousins with Proven Paper trail to Samual Longhorn Clemens to come and do the YDNA test at FTDNA. With every proven paper trail and continued YDNA results, it should become more and more conclusive to what family group Samuel Longhorn Clemens belonged. For right now it seems YDNA Group # 1 is it. Check out these Websites for Test results and for talking with those on the team for Clements YDNA at FTDNA: Website: Clements / Clemmons Family Tree DNA Project And Colorized Chart: Clement Clements Clemmons Y DNA Project - Y-DNA Colorized Chart

Sponsored Search by Ancestry.com
DNA Connections
It may be possible to confirm family relationships with Samuel by comparing test results with other carriers of his Y-chromosome or his mother's mitochondrial DNA. Y-chromosome DNA test-takers in his direct paternal line on WikiTree: It is likely that these autosomal DNA test-takers will share some percentage of DNA with Samuel: 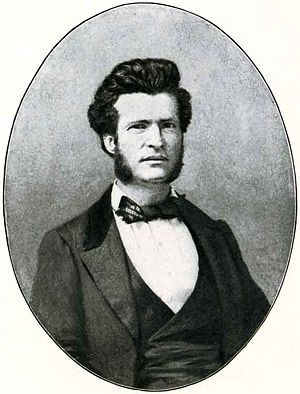 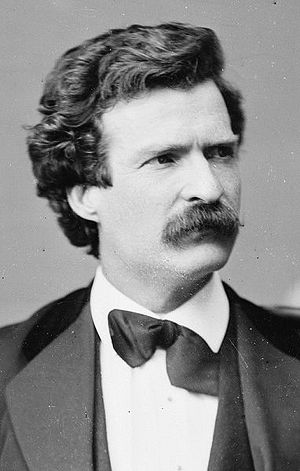 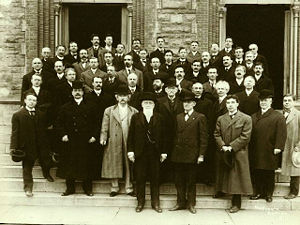 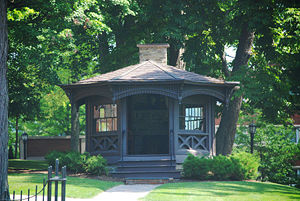 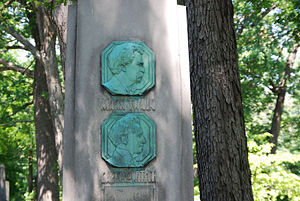 Lauren Millerd
This profile could use some in line citations if someone is able to :)
posted Feb 20, 2022 by Lauren Millerd
Ken Morgan
There is a room in the main Buffalo and Erie County library in Buffalo dedicated to Twain. He and his wife lived in Buffalo from 1869-1871 where he worked for the Buffalo Morning Express. He made many friends in Buffalo including meeting Grover Cleveland.
posted Aug 19, 2021 by Ken Morgan

T.C. Justine Baker
I don't remember a Monroe, Missouri but on the way to the Bridal Caves and the Ozarks was a town called Hannibal that I thought had a sign as his birthtown? Long time ago. Few years ago when I went to Sacramento, there is a river boat that had a display of "Mark Twain". Had a meeting so I didn't get a chance to take a look. As a kid in Missouri, everyone knew who he was. Seems like there is a author society there for him. Many writers go to the University in Warrensburg for the children's conference and also there is the young author's conference.
posted Aug 18, 2021 by T.C. Justine Baker

The recent effort of admirers of Robert Browning, poet, to acquire his love letters permanently for Southern California exhibition, has brought to light a hitherto unpublished letter of Mark Twain, humorist, telling not only of his attachment for the poet of which many of his admirers have remained unaware but also of his abilities as an Interpreter of the poet.

Written more than forty rears ago to Cornelia Welsh Foote of Cincinnati, the letter was brought to light by Elizabeth Herrick Steake of Hollywood. The publicity attendant at the time to Browning recalled the letter to her mind and she has presented it for publication.

This is the letter which Mark Twain wrote to Mrs. Foote from Hartford on December 2. 1887. It was penned on three sheets of thin tablet paper folded twice to fit into a plain white envelope:

"Well, people and things do swap, places in most unexpected ways in this world. Twenty years ago I was a platform humorist and you a singer of plaintive Scotch ballads that were full of heartbreak and tears. And now we have changed places. You are platform humorist (among other things) and I am reader to a Browning class!

"I can't imagine a completer reversal of roles than this. I hope you find your change as pleasant as. I do mine, and that you are as willing as I to let the thing remain as it is; for I wouldn't trade back for any money.

"Now. when you come to think of It, wasn't It a curious idea — I mean for a dozen ladies of (apparently) high intelligence to elect me their Browning reader? Of course, you think I declined at first, but I didn't. I'm not the declaring sort. I would take charge of the constellations if I were asked to do it. All you need in this life is ignorance and confidence, then success is sure.

"I've been Browning reader forty-two weeks now, and my class has never lost a member by desertion. What do you think of that, for a man In a business he wasn't brought up to?

"I wonder if — in one particular — your experience in your new vocation duplicates mine. For instance, I used to explain Mr. Browning — but the class won't stand that They say that my reading imparts clear comprehension, and that Is a good deal of a compliment, you know; but they say the poetry never gets obscure till I begin to explain it which is only frank, and that is the softest thing you can say about it. So I've stopped being expounder, and thrown my heft on the reading. Yes, and with, vast results. I don't wish to flatter anybody, but I will say this much; put me In the right condition and give me room according to my strength, and I can read Browning so Browning himself can understand it. It sounds like stretching, but it's the cold truth. Moral: Don't explain your author, read him right, and he explains himself.

"I wish you every possible success and shall be as glad as your own heart to hear that you have won It.

One final tidbit regarding Samuel L. Clemens’ middle name. Mark Twain’s sister Permelia quoted her mother saying, “My son Sam was named Samuel Lampton Clemens after my uncle in Kentucky, one of the best men I ever knew.”

His later adoption of “Langhorne” is unexplained.

Lisa (Kelsey) Murphy
A couple of quotes by him are: "Keep away from people who try to belittle your ambitions. Small people always do that, but the really great make you feel that you, too, can become great." and "Always do right. This will gratify some people and astonish the rest."