Susy Clemens was born in 1872, the second child and eldest daughter of Mark Twain and Olivia Langdon Clemens. Susy was born in Elmira New York but largely raised in Hartford, Connecticut. Like her father, she was interested in writing, and wrote and acted in her own plays during her childhood and adolescence. Twain later described her as intelligent, thoughtful, sensitive and vivacious, and regarded her as a prodigy. As she grew older, however, she became frustrated with her father's fame as a "mere humorist" and felt he should represent himself as a serious writer instead of just a funny man. Aspiring to be an opera singer, she started taking voice lessons, but her teacher observed that Susy was anemic, anorexic and sleep-deprived. In 1896, she developed a fever that turned into spinal meningitis. Eventually she lost her sight and lapsed into a coma. Susy died on August 18, 1896 at the age of 24, devastating her family. Later, Mark Twain incorporated much of her journals in his own autobiography. Susy is generally regarded as Sam's favorite child, and her death was a great blow to both her parents. They never returned to the Hartford home. On the one-year anniversary of her death, Mark Twain published a poem in Harper's Magazine. In her epitaph reads: "Warm Summer Sun, Shine Kindly Here; Warm Southern Wind, Blow Softly Here; Green Sod Above, Lie Light, Lie Light. Good Night, Dear Heart, Good Night, Good Night."

Susy wrote a biography of her father in 1885 when she was 13. She described her impressions of her father and her happy family life. She may have been frustrated by society's refusal to see her as anything other than the daughter of Mark Twain. She also disapproved of society referring to her father as a humorous writer rather than a serious writer.

ask our community of genealogists a question.
Sponsored Search by Ancestry.com
DNA
No known carriers of Olivia's ancestors' DNA have taken a DNA test. 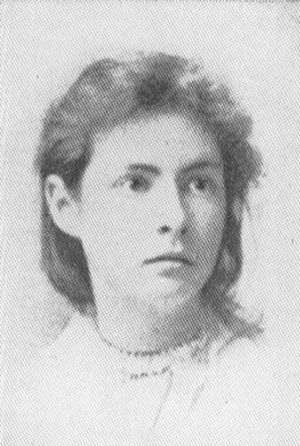 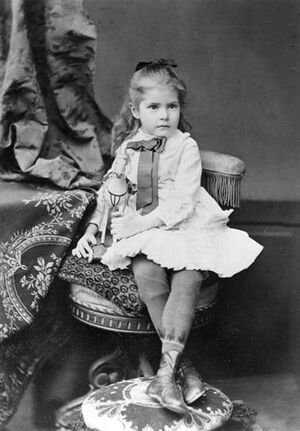