Stephen Grover Cleveland (March 18, 1837 – June 24, 1908) was the 22nd and 24th President of the United States. Cleveland is the only president to serve two non-consecutive terms (1885–1889 and 1893–1897) and therefore is the only individual to be counted twice in the numbering of the presidents. He was the winner of the popular vote for president three times—in 1884, 1888, and 1892—and was the only Democrat elected to the presidency in the era of Republican political domination that lasted from 1861 to 1913. Read more on Wikipedia here

1850
Cleveland's father took a pastorate in Clinton, Oneida County, New York, and the family relocated there.

To counter Cleveland's image of superior morality, Republicans discovered reports that Cleveland had fathered an illegitimate child while he was a lawyer in Buffalo, and chanted "Ma, Ma, where's my Pa?".[76] When confronted with the emerging scandal, Cleveland's instructions to his campaign staff were: "Tell the truth."[77] Cleveland admitted to paying child support in 1874 to Maria Crofts Halpin, the woman who claimed he fathered her child named Oscar Folsom Cleveland.[76] Halpin was involved with several men at the time, including Cleveland's friend and law partner, Oscar Folsom, for whom the child was also named.[76] Cleveland did not know which man was the father, and is believed to have assumed responsibility because he was the only bachelor among them. More on Wikipedia

The Book A Secret Life purports to set the record straight on the sex scandal that nearly took down a president.

The child was born on September 14, 1874, at the only hospital in Buffalo, New York, that offered maternity services for unwed mothers. It was a boy, and though he entered the world in a state of illegitimacy, a distinguished name was given to this newborn: Oscar Folsom Cleveland. The son of the future president of the United States—Grover Cleveland. The story of how the man who held the nation’s highest office eventually came to take responsibility for his son is a thrilling one that reads like a sordid romance novel—including allegations of rape, physical violence, and prostitution. The stunning lengths that Cleveland undertook to conceal what really happened the evening of his son’s conception are truly astonishing—including forcing the unwed mother, Maria Halpin, into an insane asylum.

A Secret Life also finally reveals what happened to Grover Cleveland’s son. Some historians have suggested that he became an alcoholic and died a young man—but Lachman definitively establishes his fate here for the first time. In this gripping historical narrative, Charles Lachman sets the scandal-plagued record straight with a tightly-coiled plot that provides for narrative history at its best. Purchase the book from Amazon

Sponsored Search by Ancestry.com
DNA
No known carriers of Grover's DNA have taken a DNA test. 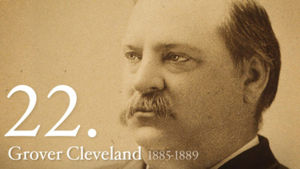 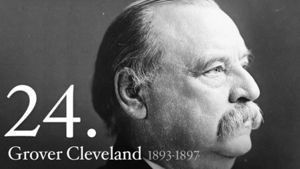 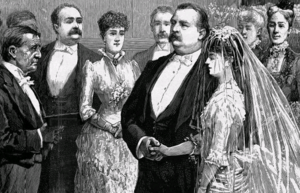 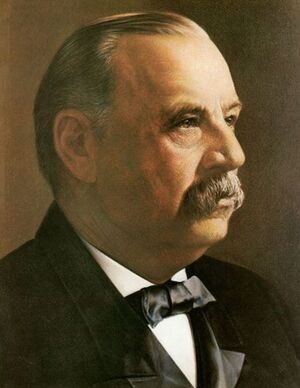