[send private message]
Profile last modified 2 Mar 2020 | Created 9 May 2011
This page has been accessed 4,398 times.
John Clifford is a descendant of a number of Surety Barons. See below.

John Clifford was a member of aristocracy in England.

Sir John Clifford, Knt., 9th Lord Clifford, of Appleby, Westmorland, was born at Conisbrough Castle, Yorkshire, on 8 Apr 1435, the heir of Thomas Clifford, the 8th Baron, and his wife Joan Dacre.[1][2] He was a beneficiary of 12 silver dishes[3] in the will, dated 15 Aug 1446,[4] of his great aunt and godmother Maud Clifford, widow of Richard of York, Knt., Earl of Cambridge.[1] John inherited, from his father Thomas Clifford, the barony of Clifford,[4][5] the family seat at Skipton Castle,[5] and the hereditary office of High Sheriff of Westmorland.[4][5]

Feud with the Nevilles

John, a Lancastrian, supported the traditional allies of his family, the Percy family, who were in a bitter feud with the House of Neville in Yorkshire. On 24 August 1453, John joined Thomas Percy and Sir Richard Percy when they tried to ambush the returning wedding party of Thomas Neville and Maud Stanhope at Heworth Moor in North Yorkshire.[5]

Some time before May 1453, when John was about 18 years old, his mother died. This was when his father contracted to marry Elizabeth Dacre, a lady in waiting to Queen Margaret of Anjou. However, this marriage never took place. Two years later, on 22 May 1455, his father was killed at the 1st Battle of St. Albans, the first battle in the Wars of the Roses, leaving him an orphan.[1] John was still under age at the time, and was not able to prove his age in order to obtain his lands until 16 June 1456.[2][4]

In February 1458 and 'with a grete power' John demanded compensation for his father's death at St. Albans.[4] King Henry VI and his council intervened, and ordered that the Duke of York and the Earls of Salisbury and Warwick should pay the monastery of St. Albans to establish masses for Thomas Clifford and the other notable Lancastrians who died during the battle and pay their children a notable sum of money.[2][7]

The Battle of Wakefield and the title of "The Butcher"

In 1460 John was appointed Warden of the West March, which made him responsible for part of the border with Scotland. He was ordered to raise soldiers for the Lancastrian cause.[2] On 31 December 1460 he fought in the Battle of Wakefield, a major Lancastrian victory.[2] He was knighted immediately before the battle.[2][8] Some of the leading Yorkists died in or immediately after the battle, including Richard Plantagenet, Duke of York, himself and his son Edmund, Earl of Rutland, and York's brother-in-law, Sir Richard Neville, 5th Earl of Salisbury.[2]

John is said to have killed Edmund, Earl of Rutland himself: long after John’s own death, lurid accounts were written portraying John slaughtering Edmund (in some accounts Edmund is wrongly said to have been a boy of 12) in a brutal and pitiless way.[2] Writing in about 1540, the antiquary John Leland wrote that John Clifford killed so many during the battle that he was known as the "boucher", that is, butcher.[2] The much later account by the chronicler Holinshed that John cut off the head of the Duke of York after the battle and presented it decked with a paper crown to Queen Margaret of Anjou[9] is almost certainly invention.[4][10]

The Battle of Ferrybridge and Death

The Battle of Ferrybridge was a small engagement between the houses of York and Lancaster before the larger Battle of Towton. On 27 Mar 1461, the Earl of Warwick, forced a crossing at Ferrybridge, which the Lancastrians had previously destroyed, by bridging the gaps with planks. Early the next morning the Yorkists were ambushed by a large party of Lancastrians under Sir John Clifford and Lord John Neville and again destroyed the bridge. Warwick sent his uncle, Lord Fauconberg with the Yorkist cavalry upstream where they crossed the ford at Castleford and pursued Lord Clifford.[10][11]

John Clifford's men retreated north, but they were caught at Dinting Dale, to the northeast of the village of Saxton and not far from the main Lancastrian army. He was killed on 28 Mar 1461,[1] 11 days shy of his 27th birthday, by a chance arrow to his throat after loosening the straps on his bevor (an armor piece designed to protect the mouth and throat), possibly so he could breathe better, scan the battlefield more quickly and shout commands.[12][13] It was said he was buried in a pit with the others slain there.[2] All of his titles and estates were then forfeited through a posthumous attainder[2] by the first parliament in the reign of King Edward IV on 4 Nov 1461.[5]

Thank you to all that have contributed to this profile of John Clifford:

John Clifford is a descendant of a number of Magna Carta Surety Barons:

See Base Camp for more information about Magna Carta trails. See the project's glossary for project-specific terms, such as a "Gateway Guardian".

This profile was reviewed/approved for the Magna Carta Project by Michael Cayley on 9 February 2020.

Trail from Samuel Levis to Surety Baron Saher de Quincy
From Thomas Clifford to Saher de Quincy the trail has been badged by the Magna Carta Project. 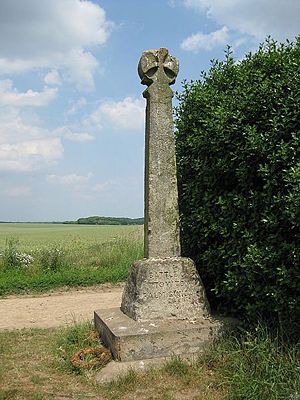 The Murder of Rutland by Lord Clifford, oil on canvas painting by Charles Robert Leslie, 1815 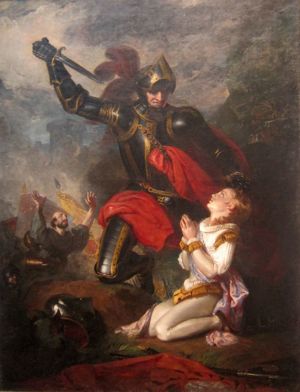 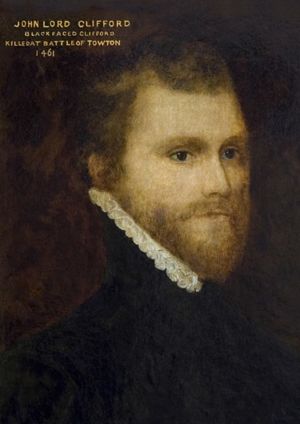 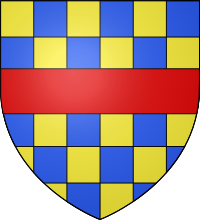 Michael Cayley
I am removing the coat of arms as a background image. It gave me acute visual disturbances, as Bridget Riley paintings do. This can be a migraine-associated phenomenon, and I doubt I am the only WT member for whom this is true. We had a complaint from another member posted on another profile where this coat of arms was used as a background image.
posted Feb 14, 2020 by Michael Cayley
edited Feb 14, 2020 by Michael Cayley

Michael Cayley
I have reviewed this profile for the Magna Carta Project. If anyone spots any typos etc, please either correct them or send me a message. Thanks!
posted Feb 09, 2020 by Michael Cayley

John is 19 degrees from Laurie Giffin, 31 degrees from Toni Morrison and 6 degrees from Henry VIII of England on our single family tree. Login to find your connection.