George Clinton died on April 20, 1812, in Washington, D. C., while still a sitting Vice President. He was originally buried at the Congressional Cemetery, Washington, D. C. On May 11, 1908, he was reinterred in the First Dutch Reformed Church Cemetery, Kingston, N.Y. You can read transcripts of newspaper articles about the reinterment at the Congressional Cemetery website. 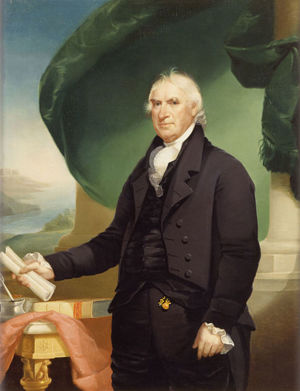 Scott Lytle
Online trees at Ancestry.com claim Laura Clinton is a child of George Clinton. Does anyone in the project have supporting information on that?
posted May 01, 2022 by Scott Lytle

Robin Lee
Just the opposite, clearly a birth year of 1800 would make her mother 50 and her father over 60. While not impossible, certainly, not likely that 15 years would have passed between their youngest child shown and Laura.
posted May 01, 2022 by Robin Lee