Note (Needs rewriting): "Samuel was a Presbyterian minister and also taught school to provide for his wife and five children. They lived near Benton Ridge, Ohio, where Emelia operated an inn and post office. In a letter to his brother, Albert, Samuel speaks of having sold some farm acreage, but also mentions poverty as a major problem. He died of pneumonia 1 September 1853, after having been married only nine years. He was buried in the Clymer Cemetery, Hancock County, Ohio, with a simple stone, "S Clymer, died September 1, 1853 28y 9mo 13da" marking his resting place. After Samuel's death, Emelia and the children migrated to Kansas with her parents in 1859. Samuel appears to have been an intellectual rather than a hardy outdoorsman. "[1] 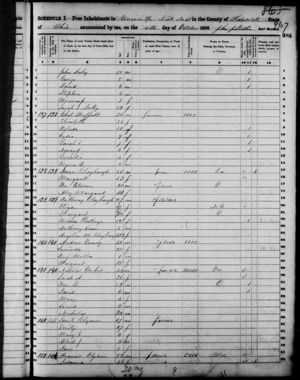 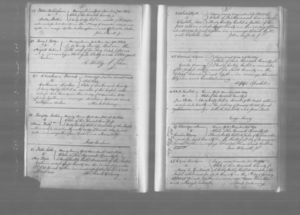