Thomas was killed when a shell landed in his trench at Warlincourt-lès-Pas, France on 26 March 1917. North of Villers-Bretonneux.

The Australian National Memorial, Villers-Bretonneux is approached through the Military Cemetery, at the end of which is an open grass lawn which leads into a three-sided court. The two pavilions on the left and right are linked by the north and south walls to the back (east) wall, from which rises the focal point of the Memorial, a 105 foot tall tower, of fine ashlar. A staircase leads to an observation platform, 64 feet above the ground, from which further staircases lead to an observation room. This room contains a circular stone tablet with bronze pointers indicating the Somme villages whose names have become synonymous with battles of the Great War; other battle fields in France and Belgium in which Australians fought; and far beyond, Gallipoli and Canberra.

On the three walls, which are faced with Portland stone, are the names of 10,885 Australians who were killed in France and who have no known grave. The 'blocking course' above them bears the names of the Australian Battle Honours.

After the war an appeal in Australia raised £22,700, of which £12,500 came from Victorian school children, with the request that the majority of the funds be used to build a new school in Villers-Bretonneux. The boys' school opened in May 1927, and contains an inscription stating that the school was the gift of Victorian schoolchildren, twelve hundred of whose fathers are buried in the Villers-Bretonneux cemetery, with the names of many more recorded on the Memorial. Villers-Bretonneux is now twinned with Robinvale, Victoria, which has in its main square a memorial to the links between the two towns. 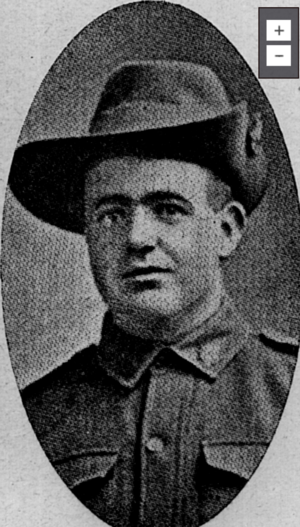 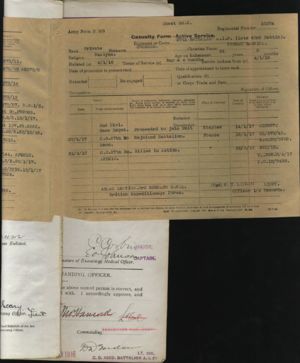 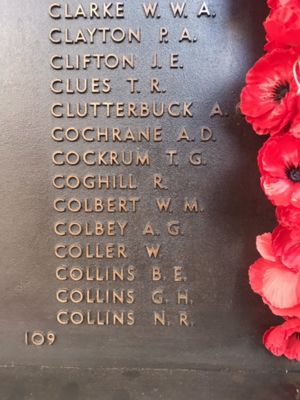