From the Sioux City Journal:
"Mr. Coleman was a stereotyper by trade, working at the Sioux City Tribune during his apprenticeship and later transferring to The Journal, where he had been employed since. He was born in Sioux City and had spent his entire life here." [1]

Stephen John Coleman [2] was born in 1878 to Thomas Coleman and Anastasia Hickey. [3] [4] He was baptized July 7th. His godfather was uncle Stephen Coleman. Godmother was Mary Tackett. [5]

Stephen was tall, of medium build, had brown hair and blue eyes. He lived at his parents' home with his brother Chas, his sister Nelly, working all the while as stereotyper. [2] [6] [1]

Baptismal records for Stephen and siblings contain many spelling errors 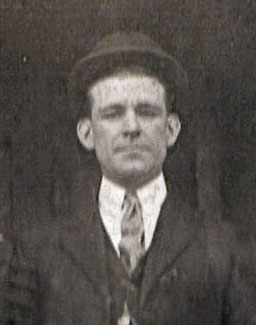 Stephen is 22 degrees from Mary Pickford, 20 degrees from Cheryl Skordahl and 19 degrees from Henry VIII of England on our single family tree. Login to find your connection.