Served in the 14th Infantry during the Civil War

In the Antietam Campaign:

He commanded Company C, 1st Battalion of the 14th at Antietam.

The remainder of the War:

Collins was born in Ireland in 1833, emigrated to the United States at an early age, and joined the United States Army as a private in 1855. He saw duty in Missouri and Texas, and served with the Union Army during the Civil War. He was promoted several times, eventually reaching the rank of major.

In 1865 he and his wife lost a son, Daniel, who was fifteen months old. The cause of the boy’s death is not known, but one small tombstone was placed in the military cemetery. Shortly after Daniel’s death, Major Collins was transferred to Camp Warner, Oregon, and then to Arizona where he remained for three years and eight months fighting Apache Indians. He was then transferred to Sacramento, California, and from there to Camp Harney, Oregon, where he was stationed for three more years.

During these years he and his wife had six more children, four boys and two girls. In September of 1876, he was transferred back to Fort Boise where he served as Commander of Company A in the 21st Regiment of Infantry, and also served as Commandant at the fort except when relieved at intervals by the presence of a senior officer.

His wife and family had gone with him from post to post, with the possible exception of the time he spent in Arizona, and it must have been a difficult task moving often and adjusting to new surroundings. The community of Boise was favorably impressed with the family, as they were described as a “pleasing and interesting group--this amiable and devoted father and mother, with their six rosy-cheeked intelligent children gathered around them.” Unfortunately, this lovely group was soon to be broken. In January of 1877, a scarlet fever epidemic hit Boise, and hit the Collins family especially hard. Within six days all four sons, Thomas, aged nine, John, aged three; Charles, aged fourteen months; and William, aged five, were dead. Four more small stones joined the first one in the military cemetery.

Major Collins continued to serve at Fort Boise after that sad winter until November of 1879, when tragedy struck again. The major was riding with two other officers in the garrison ambulance when the horses became frightened at some clothing hanging near the road and ran out of control. The men jumped from the vehicle, but in doing so Major Collins received a blow on the head which caused him to lose consciousness and die a few hours later.

...."With the gold rush to Boise Basin underway late in 1862, however, solution of the Boise Indian problem could be deferred no longer. General Benjamin Alvord suggested, October 14, 1862, that the need for Fort Boise had increased tenfold since 1860. The Governor of Washington, whose territory included all of later Idaho, firmly endorsed the request, and General Wright continued to urge immediate action. Finally, on January 14, 1863, the Secretary of War authorized the new post. General Alvord decided upon a site about forty miles up the river from the Hudson’s Bay Company’s earlier Fort Boise, and Major Pickney Lugenbeel left Fort Vancouver, June 1, to put the orders in effect....

Soldiers from Fort Boise, however, had proved useful to Governor Ballard early in 1867 when they responded to a call to protect government lamps and furniture--and incidentally, the territorial governor and secretary--from legislative displeasure which was threatening to become violent. In April, 1868, Governor Ballard employed help from the Fort to suppress the Owyhee war--a violent mining claim fracas which required the presence of soldiers in Silver City. Ballard suggested Fort Boise might be converted into a good territorial capitol or penitentiary both of which then were needed.

His political adversaries proposed that the Fort (already equipped with a school anyway) was highly suitable for a campus for the University of Idaho--an institution which seemed to be less in demand just then. In response to demand from the settlers, however, Fort Boise continued as a useful military post.

During the Bannock War of 1878 and the Sheepeater campaign of 1879, Fort Boise served as a base of operations in Idaho’s final Indian wars. On April 5, 1879, however, the Fort was redesignated Boise Barracks, where Army units were stationed until 1912.

ask our community of genealogists a question.
Sponsored Search by Ancestry.com
DNA
No known carriers of Patrick's DNA have taken a DNA test. 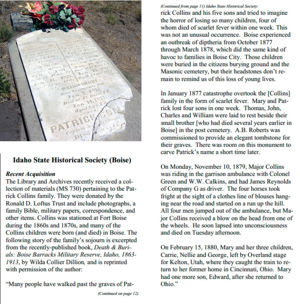 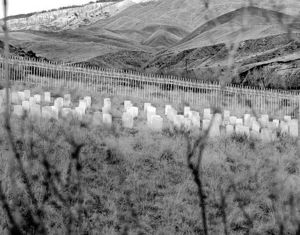 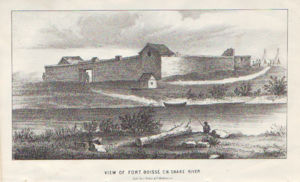 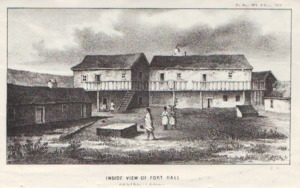