Ludovic Colquhoun was born in 1804 in Virginia and moved to Texas in 1837, where he ventured in real estate and mercantile. In Texas he gained vast land holdings, so much so, that it was necessary to hire a manager to assist him.

He was appointed as a Senator of the Texas Republic from the District of Bexar in 1842. His term was cut short when San Antonio was taken by surprise by the Mexican Army in September of that year. At the time, Colquhoun was involved in a dispute with Samuel Maverick over ownership of land on the Cibolo Creek. The case was being tried in San Antonio, when the Mexican Army appeared there on the 11th.

Due to the critical situation, Colquhoun became a soldier in Captain Chauncey Johnson's resistance forces in San Antonio. A battle began but the Texans were badly outnumbered and overwhelmed. Many were taken prisoner during this invasion of the Republic of Texas by Adrian Woll during September, 1842. Colquhoun was among the members of this group. He was marched to Mexico and imprisoned at Perote Prison from 1842-1844.

While in prison, being knowledgeable of the lands from his vast dealings, he fashioned several maps to aid in the escape of Thomas Jefferson Green and several other of the imprisoned Texans.

Colquhoun was eventually released by request of Andrew Jackson through intervention by diplomat Waddy Thompson.

He was married to an English-born wife, Frances. By 1850, he had reestablished himself as a merchant and citizen of San Antonio. During the 1860s, when the American Civil War broke out, he was appointed an official Confederate States Depositary.

He died December 4, 1882 and was buried at City Cemetery Number 1, in San Antonio, Texas.


Memories: 1
Enter a personal reminiscence or story.
Bobby Bailey
Based on a phone conversation (1982 or 1983?) with Uncle Wesley, at the time I was in San Francisco and Wesley was a lawyer in Houston. He had related with great elation, surprise and exclamation that first feeling, that Eureka moment -- he’d actually found information on Ludovic Colquhoun! At the time this important name was unknown to me. Further, he said he’d been spending some time going through dockets, meaning property dockets, as to historic Texas property owners. Finally one day, he had stumbled across ledgers documenting Colquhoun. This represents the moment in our family’s research whereby no longer a shadow, we now had valid information about him and a starting point. Also, he mentioned that Ludovic Colquhoun had owned a great deal of land in the state and it is yet undetermined how much accuracy there was to the notion he had actually owned property around the Alamo as Wesley indicated. Our current most updated research indicates that Ludovic’s ancestral home was Scotland, not Ireland as Wesley had initially proposed. Part of the sad, tragic events were as follows: Ludovic had two families, the legitimate family with Frances (we don’t believe there were any offspring), and the family with Aurelia. I have vague memories here. I think Wesley noted Colquhoun was at least taking care of if not supporting this woman and her illegitimate children but nothing real specific or definite. It happens that Ludovic was travelling to Scotland and he died in transit, either going over or when returning from Europe. Perhaps one day we can verify.

With Ludovic’s sudden death, December 4, 1882, Aurelia and however many children that were surviving at this point, 5 or 7, now have no provider and no real means of stability. Nor because she was a slave woman, can she lay any claim to any properties or holdings that he owned, all the more poignant in this case because he owned so much -- generally considered a wealthy man. According to Wesley, without housing, they are truly distressed and dispossessed, in as far as possibly living in the street. More realistically, Aurelia’s family was split but not broken. Nonetheless, their normal family dynamics were forever changed. We speculate they had to live with relatives, two children here, three or four there. In piecing things together from different family sources, possibly this finds two of the girls living in the country with relatives. Also, in this uneven, opaque timeline, for which we have so many questions, we think that two of the girls worked for the Frost family (of Texas bank fame). With more understanding and research, we hope to achieve a more accurate thread and uniform cloth to family history. It’s one thing to research an individual or individuals but it’s quite another to place their stories together in a meaningful and true context that can be appreciated by all.

posted 2 Jan 2013 by Bobby Bailey   [thank Bobby]
Login to add a memory.
Is Ludovic your ancestor? Please don't go away!

ask our community of genealogists a question.
Sponsored Search by Ancestry.com
DNA Connections
It may be possible to confirm family relationships with Ludovic by comparing test results with other carriers of his Y-chromosome or his mother's mitochondrial DNA. However, there are no known yDNA or mtDNA test-takers in his direct paternal or maternal line. It is likely that these autosomal DNA test-takers will share some percentage of DNA with Ludovic: 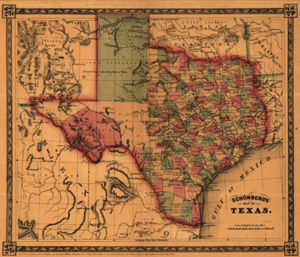 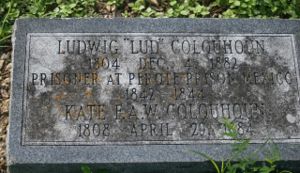