John Constable was born on 11th June, 1776 in East Bergholt, Suffolk, England. [1] He was the second son, and fourth of six children born to Golding Constable and his wife Ann Watts.

His father, Golding Constable was a wealthy miller and merchant. [2] His mother Ann managed the Constable Household, and a large workforce working in the poultry yard, domestic brewery and dairy. [3]

Golding had been born intellectually impaired, so the expectation of a son taking over the family business had fallen onto John. To this end John was sent to boarding school in Lavenham, Suffolk, England, for his early education. When he became of the age to enter grammar school, he was enrolled on a day basis in Dedham Grammar School. Although John was studious as a scholar, like Gainsborough before him, his love was painting the landscapes around his home. John's mother was his greatest advocate, encouraging her son to expand his knowledge of painting and to hone his skills with the brush. However she feared that painting landscapes would not provide him with enough money to live, so she encouraged him to paint portraits. John did not really have the right temperament to paint portraits, his interaction with those that sat for him was not a skill he had learned, but he went on to paint over 100 portraits, some of which were classified as "fine".

When he left school, John, as expected, worked with his father in the family business. His father owned Flatford Mill having inherited it from an uncle, Dedham Mill which he once co owned but now fully owned, and a windmill at East Bergholt, along with 93 acres of land there, which was farmed. In 1795, John, now aged 19, was introduced, by his mother, to Sir George Beaumont, who was an amateur artist and art collector. Sir George's mother lived in Dedham, and it was on this day when he visited her, that John was introduced to him and showed him some of his pen and ink sketches. Sir George showed John a small Italianate picture, with bright sky painted in 1646 by Claude Lorraine. This small painting was called “Hagar and the Angel”, and was to have a profound effect on John's future landscapes.

Later, John was to take a trip to Middlesex, to visit relatives, and it was on this visit that he was introduced to John Thomas Smith. It was John Smith that urged John to stay in his father's business whilst advising him on painting. John returned to Dedham, and to his father's business, but as the years passed his desire to paint weighed heavily on John, and in 1799 he persuaded his father to allow him to pursue his dream and study art. His father, who had reluctantly agreed, gave him a small allowance. John entered the Royal Academy Schools, and began to study in the life classes and anatomical dissections, and also study and copy the Old Masters. He became inspired by a small number of artists, Claude Lorraine who painted "Hagar and the Angel" and another Suffolk Artist, Thomas Gainsborough were just two of them. He began to find his own style of painting and in 1802 was offered the position of drawing master at Great Marlow Military College. He turned down the offer much to the dismay of Benjamin West who was then master of the Royal Academy. Upon hearing that his decision may well be the end of his career, John wrote to John Dunthorne, detailing his intentions of becoming a landscape artist. He wrote:

"For the last two years I have been running after pictures, and seeking the truth at second hand. I have not endeavoured to represent nature with the same elevation of mind with which I set out, but have rather tried to make my performances look like the work of other men... There is room enough for a natural painter. The great vice of the present day is bravura, an attempt to do something beyond the truth."

By 1803 John Constable was exhibiting paintings at the Royal Academy.

Whilst in his early twenties, John met a young girl, Maria Bicknell, when she was visiting her Grandfather, Dr. Durrand Rhudde, who resided in East Bergholt. A friendship was formed between John and Maria, and this friendship was to remain until 1809, when it began to mature into a deep love for each other.

When Maria announced her intent to marry John, she came up against a very strong disapproval from her Grandfather. He had recently had an argument with John's father and his feelings were that John and his family were of a lower social status than he was, and therefore the marriage was out of the question. Her Grandfather was so against this union, that he threatened to disinherit the whole family. Maria's father forbade her to see John in fear of Reverend Rhudde's edict being carried out, so John was forced to meet Maria in secret, and this continued for seven years. During this time John, who was a struggling artist, and living on a very modest sum granted by his father, became stressed and depressed, which had an adverse effect on his paintings. This was when he began to paint portraits to make ends meet.

In 1816, John's father passed away, leaving him a sizeable amount of money in his inheritance. Now John could afford to support a wife and family, and he and Maria decided they had endured enough and that they would indeed marry regardless of the possibility of Maria being disinherited.

John and Maria were married in the Church of St Martin in the Fields in London in 1816. The wedding was quiet with no members of either family attending. Maria was duly disinherited by her Grandfather, but upon his death found she had been bequeathed £4,000 like her siblings.[5]

During July 1816, about three months before their wedding, John painted a portrait of Maria. In August he wrote a letter to her saying:

"I would not be without your portrait for the world, the sight of it soon calms my spirit under all trouble".

John and Maria spent their honeymoon on the South Coast, which inspired John. Vibrant colour, dynamic brushwork, and a new emotion began to show in his painting.

John and Maria moved to Keppel Street, Bloomsbury, London in 1817, but by 1819, Maria's health had deteriorated, and John rented a house for his family in Hampstead. During their three years in Hampstead, John painted about one hundred studies of cloud formations, the technique of which was to be used in future landscapes. [6]

In 1819, John sold his first important canvas called "The White Horse", which was to lead to a series of "6 footers", which is how John referred to his large scale paintings.

In 1820-1821 "The Hay Wain" was painted. In 1821, John was elected an Associate of the Royal Academy, and he exhibited The Hay Wain there. A French painter, Theodore Gericault, saw John's work and sang his praises in the Paris Salon. This lead to four of John's paintings being purchased by John Arrowsmith, an art dealer, and exhibited in the Salon. In 1824, John was awarded a gold medal for "The Hay Wain" by Charles X.

In 1822, John moved his family back to Bloomsbury, but by 1824, Maria's health was again deteriorating, so they were making frequent trips with longer stays to Brighton, which John called "Piccadilly by the seaside". In 1825, John quarrelled with John Arrowsmith, which resulted in the loss of his French Outlet.

John and Maria were married for 12 years, and for most of those Maria was pregnant. She gave birth to seven children and had one miscarriage. She was to pass away during 1828 from tuberculosis a few months after giving birth to their seventh child, leaving John with seven small children to care for.

Grief stricken, John wrote to his brother Golding. In his letter he wrote:

"hourly do I feel the loss of my departed Angel. God only knows how my children will be brought up... the face of the World is totally changed to me".

Thereafter he dressed in black, and was to care for his children alone until his death.

In 1831, John was appointed "Visitor" of the Royal Academy and in 1833 began to lecture on landscape painting. His lectures became very popular with members of the public and students alike, and many of his audiences were prestige. His final lecture was in 1836.

John Constable passed away on the night of 31st March, 1837, supposedly of indigestion, in Bloomsbury, London. He was buried in the family tomb, beside Maria, in the churchyard of St John's, Hampstead.

Thomas Gainsborough was an inspiration to John Constable. Their lives followed a very similar path.

John Constable sold only twenty paintings in England during his lifetime but sold over twenty in France in just a few years.

The life and times of John Constable has been summarised here with pertinent facts, depicting historical events, from various sources listed below.

The works of art depicted here do not by any means value one above the other or are intended as his complete works.

Dates other than birth, marriage and death dates, included here may be subject to a difference of opinion, but wherever possible, the concensus of opinion has been used.

The Family was added by Anthony Turtle to try and find a link to his wife's family. Please don't contact Anthony, as this was just added for research purposes and to help any connected family members. 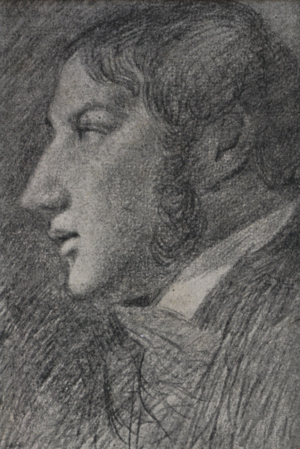 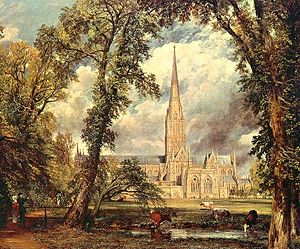 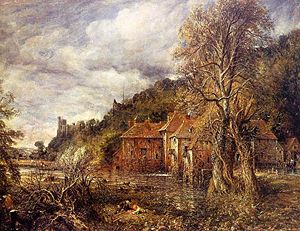 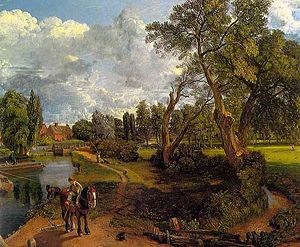 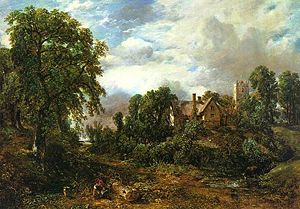 Gillian Thomas
Hi profile managers, I'm just adding the England Project as manager of this profile. You are encouraged to stay actively involved by joining the England Project. More information about project management is at Project Protection Help. Many thanks
posted Mar 28, 2018 by Gillian Thomas
Anonymous (MacLeod) Anonymous
Hi all, the England Project would like to take on the management of Constable's profile. It would become the PM and we could then all collaborate on the profile together. If you have any objections, let me know, and otherwise I'll assume it's ok to go ahead.