I'm a retired public librarian from San Francisco Public Library who was hired immediately after finishing an MLIS at UCBerkeley in 1986. (I had thought to be a law librarian and have always been grateful that fate and a recruiter intervened.) Public librarians have the best job in the world…people, books, research, and respect after retirement.

Along the way, with a very supportive and extensive family, I've acquired a B.A. and M.A. from San Francisco State University in Political Science and an LLB in law from Lincoln University. My research focus has been upon political theory as well as American history.

I have five children, three grandchildren, one great-grandchild with a second one in progress... not to mention a Irish/Bostonian spouse. More about them later...

Much of my family tree has been well documented, but some areas contain completely mysterious gaps. Looking forward to closing some of them.

Adventure is out there! 73 years and counting...


Memories: 3
Enter a personal reminiscence or story.
Ben Cook
To the family of Dorothy I was just about to send her some information she had asked me about and I regrettably see that she has passed. I enjoyed the exchanges we had concerning genealogy and I would like you to know she will be missed by many including myself. God's speed to her, and prayers of comfort to you all.

ask our community of genealogists a question.
Sponsored Search by Ancestry.com
DNA Connections
It may be possible to confirm family relationships by comparing test results with Dorothy or other carriers of her mitochondrial DNA. It is likely that these autosomal DNA test-takers will share some percentage of DNA with Dorothy: 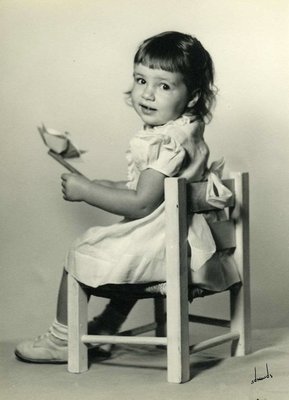 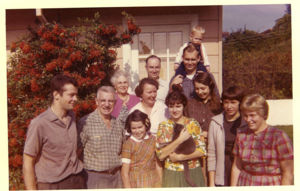 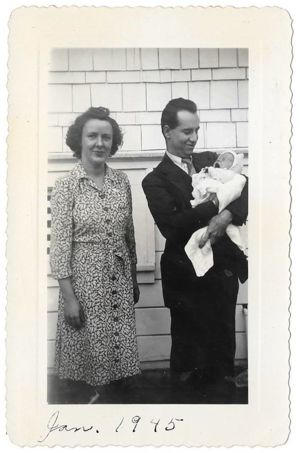 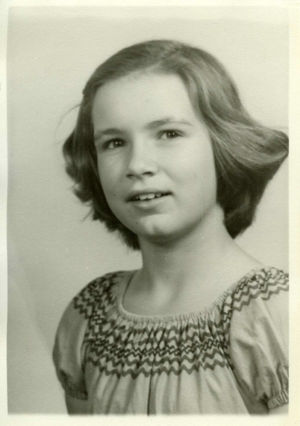 I am so sorry to hear Dorothy left and we re sad she left us too. She was a great add here. A wonderful person and helper. She will be missed here as well.

Wishing you all, especially near family and friends, al lot of strenght in these hard days. I only can hope you find strenght in good memories you have made. My thoughts are with you.

R.I.P. Dorothy. It was a pleasure to meet you here.

Please contact me within the next week to let me know if you would like to remain an active member of the project. If I dont hear back from you I will assume you no longer want to be a part of the Categorization Project.

I just wanted to say hello! And to share that we are 23rd cousins (once removed). Our common ancestor is Fernando Alfonsez (Castilla) de Castilla. King of Spain. He is your 22nd g-grandfather and my 23rd.

I don't know if you are aware that we also share 38 more ancestors before him, up to 30 generations who are monarchs and nobles of France, Spain, England, Germany, Portugal, etc.

Beyond that, the older ancestral trail gets even more interesting to explore!

Did you know that because your roots were in the Monarchy of Europe, your ancestors represent many different countries? There are ancestors in your family tree, who you'd be astonished to discover!

Just wanted to share this information, and to say Hi. Isn't Wikitree Fun!

Thank you for adding the Magna Carta tag to your profile and following Magna Carta posts in G2G, We appreciate your interest in Magna Carta heritage and genealogy, You are probably aware that there is a Magna Carta Project in Wikitree ? The purpose of this project is to develop and maintain Magna Carta related profiles, identify and develop relationship trails from recognized Gateway Ancestors to their Magna Carta Surety Baron ancestor, and perform other important tasks, such as profile improvement, error correction and doing quality reviews of existing trails and profiles.

I am guessing that you may have found a potential direct relationship trail to a Magna Carta Baron, or perhaps you just enjoy the challenge of researching and proving Pre-1700 and Pre-1500 profiles ? This field of research can present its own challenges, but it is very rewarding to those who take up the challenge.

If you think you might enjoy the Magna Carta Project, you can join the project at one of two levels; Full Membership or Affiliate Membership. At either level you choose, we would welcome your participation and collaboration. For more information please see :

Marsha (Cramer) Baker
Actually we are 6th cousins. I ran the relationship calculator to see what it said, it shows none. YET. It says there is one but the person isn't on WIKITREE yet. But they all are listed.

See what you think and let me know.

Marsha (Cramer) Baker
I believe you and I are 9th cousins, or something like that.

The Taliferro surname explains the 1% Italian that came up on my DNA results! When I saw the Italian I was stumped, because I didn't think that was possible from what I already knew of my heritage. When I found the connection, of course, then it made sense.

Patricia Roche
Hi Neighbor, Did a walk of the front middle section of the Cemetery and this is the only Mrs. headstone that I spotted - is this the one you were referring to?

Going to do some research for her, as there seem to be some errors with this FAG memorial, that don't make sense. A random act of genealogy, to get her properly recognized on WikiTree and FAG.