Buried in unmarked grave Austria (Leithaberge) Their mass grave was only discovered in 1947 and only Lt Patton and WO Emslie could be properly identified.

On 31 Squadron, but provides interesting look into Foggia as a camp.[10]

Flight Global Archive Casualty Communique No. 447 Of the name;* in this list, 75 are second entries giving later information of casualties published in earlier lists[13]

On 5th July 1944 the squadron Liberators started ferrying ground personnel and squadron equipment to Italy from Almanza. On 21th July with the majority of the main ground staff still in transit at Bari the squadron was tasked to provide four bombers that night for an attack on the Fanto oil refinery at Pardubice in Czechoslovakia.

This put the few unprepared 34 squadron members already in Celone, the new airbase, under severe stress,. The almost impossible was achieved and four heavily laden bombers and crew took off at 20H00. Unfortunately, though not surprising, under the circumstances, one aircraft developed engine trouble shortly after take-off and was forced to abandon mission, to be followed soon after by a second with electrical malfunctions. Yet a third had to turn back after accidently jettison its bomb load, leaving EW167’B to be swallowed up by hostile darkness in its quest to complete what now become a very precarious and lonely mission. Undeterred at the helm, Lt K.A Patton and his crew Lt’s N. Cooney, T.R. van Graan, F.A. van Rensburg and WO D.G. Emslie unwaveringly pressed on. Liberator EW167’B was never to return.

It came later to light that EW167’B, on its return from bombing the target, was shot down by Luftwaffe night fighters, and crashed in flames in the Austrian mountains near Liethaberge. The victims were buried in a communal grave at the remote site by peasant farmers and never reported it. The crash site was discovered in 1947. Of the remains exhumed, Pilot Lt Patton and WO Emslie were the only two positively identified on site, the pilot by his rank insignia and Des by his name marked on the handkerchief retrieved from his pocket. Finally confirmed, “KILLED IN ACTION 22 JULY 1944” and buried with his crew in the Commonwealth War Graves Cemetery Klagenfurt, Plot 5, Row D, Grave 14.

Departed from *** Italy, its target being the Fanto Oil Refinery at Pardubice in Czechoslovakia. Aircraft was reported missing, presumed shot down.

ask our community of genealogists a question.
Sponsored Search by Ancestry.com
DNA
No known carriers of Nigel's ancestors' DNA have taken a DNA test. 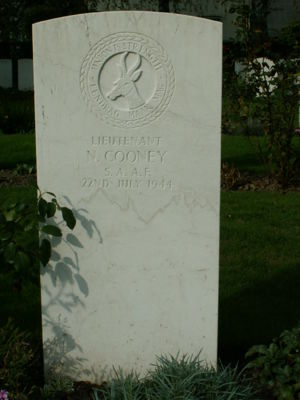 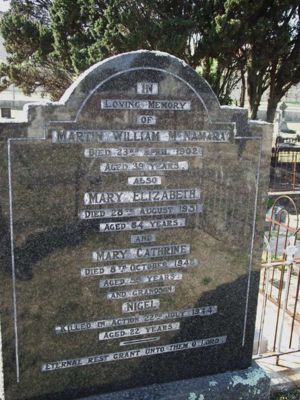 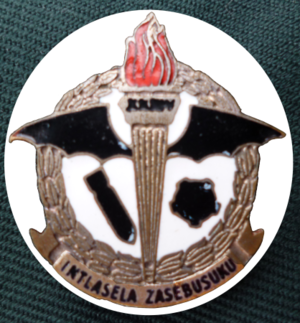 Darren Kellett
Can you add this category instead of the category please.

Darlene (Scott) Kerr
Due to the category standardization project, please change the following:

Everything goes from small to large now and is spelled out.

I cannot find either of them.

not enough info to be sure that is what they should be...