Anne[1] was born in Nova Scotia.

Unlike her husband and most of her family, who are listed as Baptist, the Canadian census lists Annie and her daughter Ella as Adventist.

She is the mother of eight girls and four boys. Note that three of the girls married men named Lyons. The Lyons family lived in Blomidon, Nova Scotia.

Bertha Legge helped to care for Noble Lyons' wife, Rowena, and their children; while Rowena was ill. Rowena died of consumption in 1910. Bertha married Noble Lyons, while Cora and Pearl married his sons, Ralph and Roy.

Annie passed away many years before her husband, who died in 1934.

ask our community of genealogists a question.
Sponsored Search by Ancestry.com
DNA Connections
It may be possible to confirm family relationships with Annie by comparing test results with other carriers of her mitochondrial DNA. However, there are no known mtDNA test-takers in her direct maternal line. It is likely that these autosomal DNA test-takers will share some percentage of DNA with Annie: 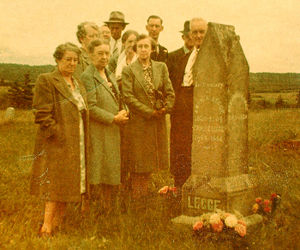 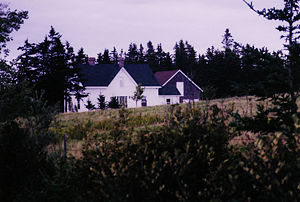 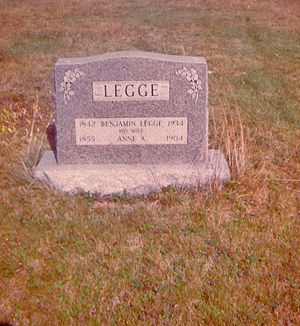 Leave a message for others who see this profile.
There are no comments yet.
Login to post a comment.
Kerry Larson
1901 Canada census image: https://www.bac-lac.gc.ca/eng/census/1901/Pages/item.aspx?itemid=1271675