Joseph Cormier is on the Wall of Names at the Acadian Memorial in St. Martinville, Louisiana, Plaque 2 Right. Listed with him is Marguerite Saulnier, his first wife; their three daughters Susanne, Marie Louise, and Felicite, and his brother Michel Cormier.[1]

1740: Joseph Cormier is born, the fifth child of Pierre Cormier and Cecile Thibodeau.[2] His family has a farm nearby on the Ouescoque Heights (Amherst Point, Nova Scotia, Canada). By the time he is 10 years old, the world he knows will be shattered and he will lose or become separated by all but one of his family members.

1750-55: 10 year old Joseph and his family are refugees from their burnt-out home and move across the French-English boundary to Le Lac (Aulac NB)[3]. His father dies within the year.[4][5]

1755: Some of the Cormier brothers are taken prisoners at Jolicoeur (Jolicure New Brunswick) and are able to escape and rejoin their mother and siblings[6].

Joseph and his brother Michel and a younger first cousin, Jean-Baptiste become separated from the rest of the family.

According to Steven Cormier[7]: "They either fell into British hands during the family's wanderings from Chignecto to Québec and back, or they became separated early and joined the Acadian resistance in the Petitcoudiac area led by Joseph Broussard dit Beausoleil. Joseph and Michel's mother was a Thibodeau, the family into which the Broussard dit Beausoleil brothers had married. Jean-Baptiste Cormier, fils's mother was a Richard, another family close to the Broussard clan. So the Cormier boys may have been part of the Broussards' large, extended family. Joseph, Michel, and Jean-Baptiste, fils surrendered to the British probably in the early 1760s when the Broussards surrendered. And, like hundreds of other captured Acadians, they spent the next few years in a Halifax prison waiting for the war to end."

Around 1759: Joseph marries Marguerite Saulnier, daughter of Jacques Saulnier and Anne Hebert and widow of Michel Brun and Victor Comeau.[2]

After the war, Joseph and Michel sail to Opelousas Louisiana and prosper as cattlemen[8]

Joseph served under Galvez during the American Revolution.

Born 1742, with his brother Michel was deported to South Carolina, and settled in Louisiana.

Images: 1
After 1755: 2 of Pierre's Sons (Michel and Joseph) are Imprisoned on Island in Halifax Harbour Nova Scotia 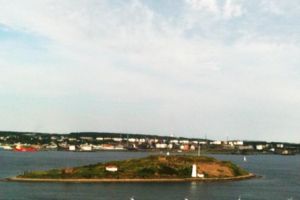 Cindy (Williams) Lesure
Cormier-1436 and Cormier-71 are not ready to be merged because: Once the issues with the father's merge are resolved, this should be resubmitted to be merged. Thanks, Cindy Williams Lesure
posted Sep 05, 2016 by Cindy (Williams) Lesure
[Living Gauvin]
Cormier-1436 and Cormier-71 appear to represent the same person because: Same name, year of birth, parents
posted Jul 24, 2016 by [Living Gauvin]

Annette Cormier
Cormier-71 and Cormier-1282 appear to represent the same person because: Duplicates. The birth date for Cormier-1282 is incorrect according to stephen white (37 familles) ... it is that of his sister.
posted Feb 04, 2016 by Annette Cormier