His given name was actually Hernando, also written as Fernando. Hernán is an apocope which he never used but which has become universally identified with him in the historical narrative.

Cortés was born in 1485 in Medellín, Badajoz, in what would become the "Kingdom of Spain"[1]

February 1519 - Accompanied by about 11 ships, 500 men, 13 horses, and a small number of cannon, Cortés landed on the Yucatan Peninsula in Mayan territory.

On the Yucatan Peninsula, Cortés and his men ran into Jerónimo De Aguilar, a Spanish Franciscan priest who had survived a 1511 shipwreck followed by a period in captivity with the Maya, before escaping. Cortés also learned that Aguilar's friend, Gonzalo Guerrero chose to remain "enslaved" by his Maya captors.[2]

Malinalli Tenépatl (circa 1502 - circa 1529), Malinalli was baptized as Doña Marina. She was the most powerful woman in world and often compared to Pocahontas.

Note: not in order of birth

Sponsored Search by Ancestry.com
DNA
No known carriers of Hernán's DNA have taken a DNA test. 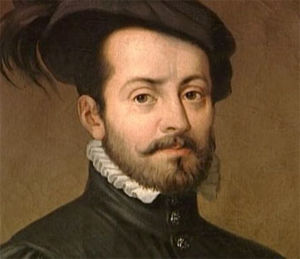 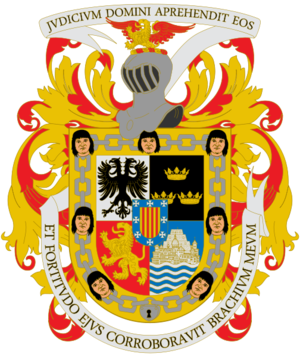