Father of Lucy (Craig) Pitts and Lydia (Craig) Herndon
Died 18 May 1808 at about age 69 in Georgetown, Scott, Kentucky, United States

Elijah Craig was born in Orange County, near Spotsylvania, Virginia on 15 Nov 1738, the 5th child of Polly Hawkins and Taliaferro or Toliver Craig, Sr.

Elijah was a Baptist preacher in Kentucky sometimes credited with developing bourbon whiskey. He has been claimed to be the first to age the distillation in charred oak casks, "a process that gives the bourbon its reddish color and unique taste", however, American whiskey authorities state that there no historical evidence indicates that Craig's whiskey was unique in its time, nor that he practiced charring of the aging barrels. An early distiller physically located in Bourbon County named Jacob Spears is credited with being the first to label his product as "bourbon whiskey". Craig's distillery, founded around 1789, was actually located in what was then Fayette County, Virginia and then Fayette County, Kentucky as Kentucky was transitioning to statehood. Some would say that true bourbon had to be made in Bourbon County only, although today it can be produced anywhere in the United States with the name bourbon (95% of bourbon still comes from Kentucky). Despite the disagreement on Craig's standing as the first bourbon producer, there is a distillery today called Heaven Hill which produces a bourbon whiskey named "Elijah Craig".

Besides being a preacher, Elijah was a businessman, developing Kentucky's first fulling mill for cloth manufacturing, first paper mill, and its first ropewalk, and the first lumber mill and grist mill in Georgetown, Scott County. He established the first classical school in Kentucky in 1787 and founded Rittenhouse Academy in 1798. He donated land for Georgetown College, the first Baptist college founded west of the Allegheny Mountains. 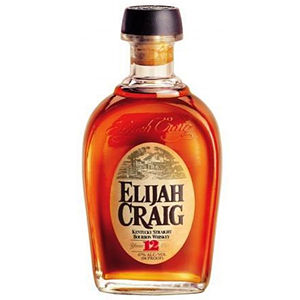 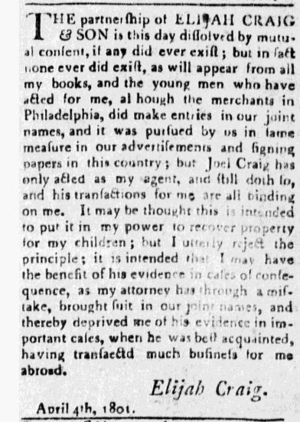 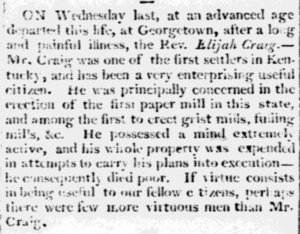 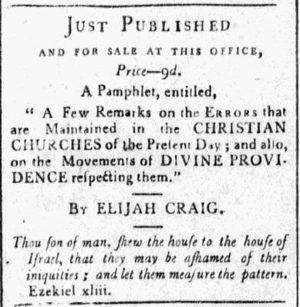 1782 application for 200 ac of land in Kentucky Military District

also several by Lewis and John Craig and other Craigs

posted Dec 06, 2021 by Abby (Brown) Glann
L A Banta
This Elijah Craig was not at Bryan Station, as source implies. Different Elijah Craig.
posted Jul 02, 2019 by L A Banta