After finishing school, he joined the great African American migration, and moved to Pittsburgh, Pennsylvania, where, according to his online biography at Find A Grave, a he worked as a porter in a drug store and at a hotel. There he learned that ice cream, newly popular, was difficult to dispense commercially because it tended to stick to utensils, requiring the use of two hands and two serving utensils. A patent attorney in Pittsburgh advertised for inventors to devise a solution, and Alfred Cralle rose to the challenge, inventing a mechanical device and applying for a patent.[5] On February 2, 1897, Alfred L. Cralle, then 30 years old, was granted U.S. Patent #576,395 for his "Ice Cream Mold and Disher."[6] His invention afforded a quick release for ice cream and other foods, and was easy to operate with one hand. "Strong and durable, effective, inexpensive, it could be constructed in almost any desired shape, such as a cone or a mound, with no delicate parts that could break or malfunction."[7][8]

Shortly after the patent was awarded, the Pittsburgh Press reported that the invention could fill 40 to 50 ice cream dishes in a minute, and "does away with the soiling of the hands." The newspaper reported that Cralle had received a number of offers to sell the rights to his invention or license it for royalties.[5] The efficient design is still seen in modern ice cream scoops.

In 1896, months before his patent was awarded, Alfred L. Cralle was named assistant manager of the newly organized Afro-American Financial, Accumulating, Merchandise and Business Association in Pittsburgh. As of February 1897 he was serving as its general manager.[5]

He did not become rich or famous for inventing the ice cream scoop, but he did manage to buy his home on Mayflower Street.[9] He did not continue in business; his 1900 marriage license application describes him as a porter; the 1907 Pittsburgh city directory describes Alfred Cralle of 168 Mayflower as a laborer;[10] and both the 1910 U.S. Census and the record of his death in 1919 describe him as a Pullman car porter.[11][12]

Alfred L. Cralle died at his home in Pittsburgh, Pennsylvania, on 6 May 1919 from pulmonary tuberculosis.[12] His daughter Marion had died of the same disease three months earlier.[13][14] Burial was in Monongahela Cemetery.[12][15]

The death of Elizabeth Cralle was recorded in Pittsburgh later that same year, on 22 November 1920, also from tuberculosis.[16][17] And in April of 1922, his only son, Alfred, a student, died in Massachusetts from the disease,[18] leaving Anna Cralle, born in 1910, as his only surviving child.

Several accounts of the life of Alfred L. Cralle state that he died in an automobile accident in 1920, but the death certificate contradicts that, indicating that he died from tuberculosis the previous year.[12]

There is a memorial stone, likely a cenotaph, in Mount Carmel Cemetery, Kenbridge, Lunenburg County, Virginia, for Martha A. Cralle, Elizabeth W. Cralle, and Alfred L. Cralle. There are no dates on the stone. Alfred and Elizabeth W. are obviously he and his wife; Martha A. Cralle is their daughter Anna, who died in 2009.[8] 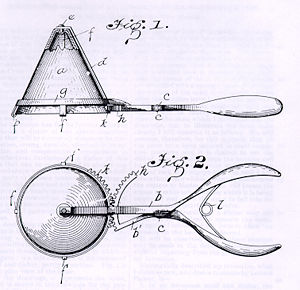 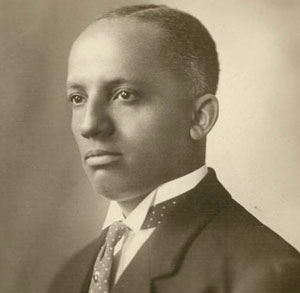 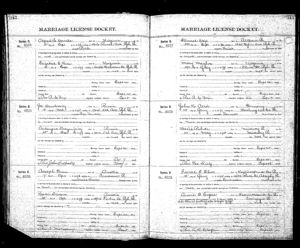 This profile has been designated by WikiTree's USBH project as a Platinum Profile, and as such will receive a little polishing in the coming days, in order to best honor him and conform with WT and USBH standards. Please refrain from editing for a couple of days while we review and possibly make minor revisions. Please let me know if you have any questions! Thanks for your good work to this point!

Would you please change the privacy setting to open? There is much info for this profile on G2G that the Integrators Project would like to transfer to the profile.