Walter Crane was born in England.

The 1851 census lists Walter as the 5 year old scholar son of Thomas (Portrait Painter) and Mary Crane. They are living at Upton, Tormoham, Devon. He was born about 1846 in Liverpool, Lancashire.[3]

The 1861 census lists Walter as a 15 year old apprentice engraver living in his mother’s household at Argyle Square, St Pancras, London with his sister Lucy and brothers Thomas and Arthur. [4]

The 1871 census lists Walter as the 25 year old, unmarried artisan, son of Marie Crane. He is living with his mother and siblings Lucy, Thomas and Arthur at St Pancras, London. [5]

He died on 14 March 1915 at Horsham, and was cremated and his ashes buried at Golders Green Crematorium, London, Middlesex.[6] [7]

ask our community of genealogists a question.
Sponsored Search by Ancestry.com
DNA
No known carriers of Walter's ancestors' DNA have taken a DNA test. 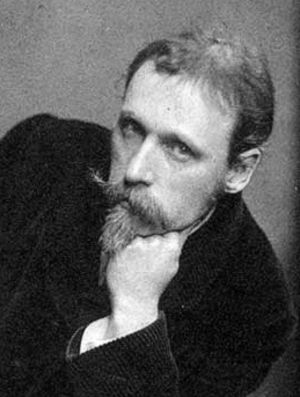