My personal research is focused on Lanark County, Ontario, Canada and the early settler families that arrived here from Scotland, Ireland and England. If you have ancestors from this area, feel free to reach out to me!

I am also a co-Leader for the following projects: Scotland Project and the Canada Project. Please consider joining these projects if you have an interest in helping improve our Global Tree!

Amy (Crawford) Gilpin is a graduate of the Scotland Tartan Trail III.

I was born in Perth, Ontario. I am a wife, mother, stepmom, and proud grammy of 2. I am a family historian and self-taught genealogist. When I'm not volunteering here on WikiTree or working, I enjoy spending time with my family, painting, reading, writing, taking photographs, visiting historical locations, and you'll generally find me with a coffee cup in my hand.[1]

Amy spends way too much time on WikiTree.

Amy (Crawford) Gilpin is a member of the Francis Name Study Project.

Amy (Crawford) Gilpin is a member of the Crawford Name Study Project.

I am currently researching the following surnames:

Amy (Crawford) Gilpin participated with Team Twisted Thistles during the 2020 Connect-a-Thon, and has added 41 connections.

Amy (Crawford) Gilpin is participating with Canada Cleanup Crew during the 2019 Clean-a-Thon.

Amy (Crawford) Gilpin is a member of the One Name Studies Project.

Amy (Crawford) Gilpin is a member of the One Place Studies Project.

To aid WikiTree in the administration of my account should I be incapacitated, or in the event of my death, I hereby give permission for all open profiles I'm managing to be transferred to the following Projects:

DNA Connections
It may be possible to confirm family relationships by comparing test results with Amy or other carriers of her ancestors' mitochondrial DNA. It is likely that these autosomal DNA test-takers will share some percentage (beta) of DNA with Amy:

William Catambay
Hi Amy, thanks for checking in!

It seems most of my Scotland effort has been be flying solo. I'm not using Google or Discord, email works best for me.

Joelle (Colville) Colville-Hanson
I am continuing to work on Argyll in Scotland, seeing how far I can go back with families. Also hoping to add more families associated with Campbeltown Distilleries. I prefer Google Groups. I just can’t get the hang of Discord. (Why you never heard from me on Crawford name study -I think that’s what they use).
posted Jan 28, 2021 by Joelle (Colville) Colville-Hanson
Bree Ogle
Scotland project got it right with Discord! Turned out to be the BEST realtime communication method I've yet to see from any WikiTree project to date.

This year I'm going to think about what happened around the time of the English Civil War and how it affected Northumberland allied families. And I'm interested in the Grays. Some antiquarians thought that after arriving with the Conqueror, one line went to Scotland and then the Northumb. sprang from it. I'm curious to see if there's anything in that theory.

Patricia (Cunningham) Gibson
I am trying to resolve a family surname from the 1700's due to a pending merge proposal. I am trying to determine the proper WIkiTree naming convention, at birth, to improve overall success of the tree.

I will admit that the name I included has a typo and should actually be Saulnier-Beausoleil. (I left out the L in Saulnier.)

The name, as it appears in official records is: Saulnier dit Beausoleil. I am not familiar enough with the French to determine how to proceed. In looking down the descendants of this line, some chose to use only Saulnier and some chose to go with Beausoleil, as my family did. (Some changed to a completely unrelated anglican name, too.)

This is a link to a record that has the name of marriage record in question: 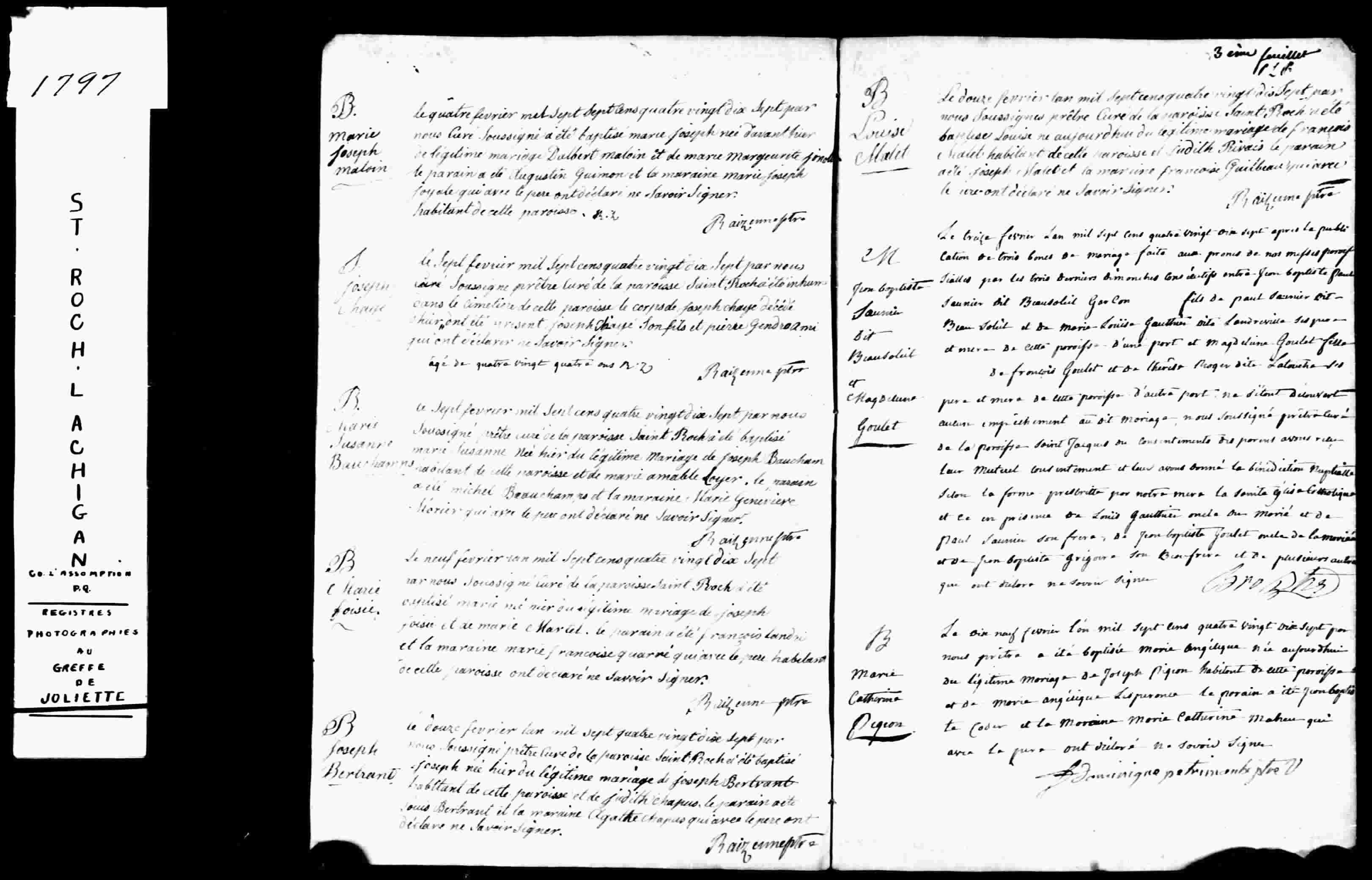 Your help in bringing clarity to this will be greatly appreciated.

It's that time of the year again: check-in time! As England Project Leaders, we like to check in with you every six months or so to see how things are progressing. Back in May, we didn't ask for a response due to the rapid emergence of Covid-19 because we understood that people's lives were changing rapidly. While we are still living in a Covid world, we do need to hear back from you this time around

First of all, how are you doing? What are you currently working on? Are you happy with the team(s) you're in, or would you like to change things up?

Secondly, we're looking for some feedback on the Google Group and our Discord server. Do you use either or both of these? If you don't use either, why not? Do you have any suggestions on how we can improve participation and collaboration, either generally or for you personally?

Looking forward to hearing from you,

Amelia Utting
Of course you can stay, Amy! We couldn't be England's Amy² otherwise...LOL

Glad to hear you're doing well!

Thanks for participating in the 2020 Source a Thon with Team Twisted Thistles! Here is a sticker code, just add the curly brackets.