John Michael Crichton (/ˈkraɪtən/; October 23, 1942 – November 4, 2008) was an American best-selling author, screenwriter, film director and producer best known for his work in the science fiction, medical fiction and thriller genres. His books have sold over 200 million copies worldwide, and many have been adapted into films. In 1994, Crichton became the only creative artist ever to have works simultaneously charting at No. 1 in U.S. television (ER), film (Jurassic Park), and book sales (Disclosure).

His literary works are usually within the action genre and heavily feature technology. His novels epitomize the techno-thriller genre of literature, often exploring technology and failures of human interaction with it, especially resulting in catastrophes with biotechnology. Many of his future history novels have medical or scientific underpinnings, reflecting his medical training and science background. He wrote, among other works, The Andromeda Strain (1969); Congo (1980); Sphere (1987); Travels (1988); Jurassic Park (1990); Rising Sun (1992); Disclosure (1994); The Lost World (1995); Airframe (1996); Timeline (1999); Prey (2002); State of Fear (2004); Next (2006), the final book published before his death; Pirate Latitudes (2009), an action adventure novel concerning 17th-century piracy in the Caribbean; Micro, an unfinished techno-thriller which was published in November 2011; and Dragon Teeth, a historical novel set during the "Bone Wars", published worldwide in May 2017.

The oldest of four children born to John Henderson Crichton, a journalist, and Zula Miller Crichton, he was born Oct. 23, 1942, in Chicago, and grew up in Roslyn, Long Island, New York.

Is Michael your relative? Please don't go away! 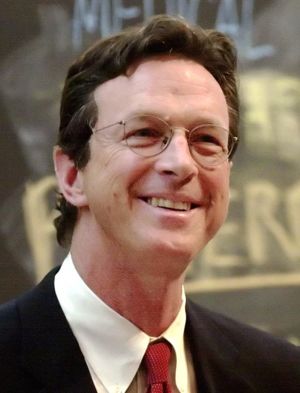