Oliver Cromwell was an army commander in two English civil wars, signed the death sentence for King Charles I, and became Lord Protector of England, Ireland and Scotland.[1] This biography focuses on his family, for a fuller description of his military and political career please see his Wikipedia entry.

No man rises so high as he who knows not whither he goes. Cromwell on becoming Lord Protector, as recorded in the memoirs of Cardinal de Retz[2]

Oliver Cromwell was born the fourth of nine children of Robert Cromwell and Elizabeth Stewart, at Huntingdon on 25 April 1599. He was baptised at the church of St John four days later[3]. While his grandfather had been a wealthy man, much of the family fortune had dissipated and his father was a younger son. Robert Cromwell had briefly been an MP, disliked the experience and by the time of Oliver's birth he was Justice of the Peace for Huntingdon and lived quietly there on a modest income.

He was educated at Huntingdon Grammar School and then went to Cambridge to Sidney Sussex College, then newly founded as a Puritan establishment within the university[4]. After just one year there, his father died and Oliver was called home to look after the family[5].

In August 1620, aged just 21, he married Elizabeth Bourchier at St Giles Cripplegate in London.[6] Elizabeth was the niece of the wife of his uncle and the daughter of Sir James Bourchier, a successful London leather merchant. Based on their surviving letters it was a close and loving marriage[5]. They had nine children together, the first of these, Robert, being born the year after the marriage. They lived the life of minor gentry in Huntingdon, Oliver becoming Justice of the Peace[7].

In 1628, not yet 30, Oliver was elected MP for Huntingdon[7]. He was a quiet backbencher and the following Spring the king dissolved parliament, unhappy with its politics. There was no parliament for eleven years. Oliver returned to Huntingdon.

His finances failed and he sold his property in Huntingdon and moved to a farm near Ely, which he worked for the next five years, struggling both with depression and his awakening religious convictions[7].

In 1636 he inherited a substantial amount from his uncle's estate[7], leaving him once again a comfortable member of the gentry.

They moved into a large house in Ely and it was here that their youngest two children were born.

In 1640 the King was forced to recall Parliament. Oliver returned as the MP for Cambridge[7] for both the Short and Long Parliaments. This time he was not a quiet backbencher. He moved his family down to London and they remained there from then on, first in lodgings and later in the Palace of Whitehall.

When the Civil War broke out in 1642, Cromwell returned to Cambridge and raised a troop of horse, preventing the Royalists from seizing the silver of the Cambridge colleges[4]. Arriving late at the Battle of Edgehill in October 1642 he observed the superiority of the Royalist cavalry and determined to match it.

Cromwell was perhaps the only truly gifted general of the war. By the time of Marston Moor in 1644 and Naseby in 1645 he commanded the entire Parliamentarian cavalry[4]. In the Second Civil War starting in 1648 he commanded the entire army. He finished the conflict by defeating the English Royalists in 1648, the Irish in 1649, the Scots in 1650 and finally the young Charles II at Worcester in 1651.

In the middle of this he had time to sign the death warrant for King Charles in 1649. All attempts to set up a working parliament failed due to factional disputes and in 1653 Cromwell became Lord Protector, king in all but name.

He died 3 September 1658 in the Palace of Whitehall. He was survived by Elizabeth, two of his five sons and all four of his daughters. His son Richard succeeded him as Lord Protector.

Oliver Cromwell was famously exhumed from his grave in Westminster Abbey for a posthumous execution, on the twelfth anniversary of King Charles execution. Numerous stories regarding the separate burial of head and body exist, including supposition that it may have not even been the body of Cromwell that was exhumed at all.

Sponsored Search by Ancestry.com
DNA
No known carriers of Oliver's DNA have taken a DNA test. 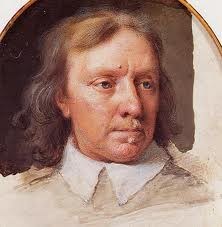 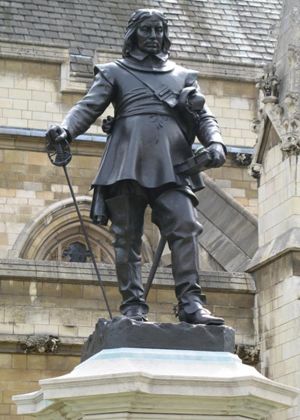 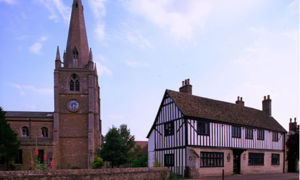 Cast of the death mask of Oliver Cromwell 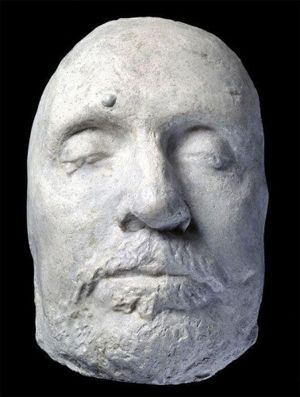 Anonymous (Stadden) Eck
I found this online at my ASU library and thought it would be helpful to those managing the protector Oliver Cromwell's page as it lists his descendants.