Crossman, Eva Annie and Godfrey married at the home of her sister Gertrude Mary Crossman and brother in law Arthur Lancelot Gordon Harding in Wilson, South Australia. Godfrey was a farmhand at the time. Eva gave birth to Elliot at home in Hawker South Australia on the 23rd of July 1926. Eva tried to breastfeed Elliot and kept going back to the matron over the next few days, saying she didn't think he as getting enough milk. The old matron said he was and she was being a foolish young mother. She tried as best a mother could in those days and at only 5 days old Elliot died of dehydration and starvation. Eva and Godfrey were heartbroken and with the hope of a better future moved to Dumbleyung in Western Australia in 1927 where one of Eva's brother Alan and two sisters were. Godfrey went to work at Mr. Faircloughs as a farmhand. Godfrey also worked at Mt Baker in Western Australia picking apples in the orchards and shearing which was seasonal work. I don't think Eva and Godfrey ever got over the loss of their first child and though they tried for some years and had two daughters Lona Annie Wenzel on 31 May 1928 and Lois Elaine on 31Jan 1933 their marriage didn't last and they were divorced about 1938 when Godfrey returned to South Australia. Godfrey enlisted in the airforce in 1939 from Perth Western Australia as a corporal and was transferred to South Australia. He didn't get to serve outside of Australia. After leaving the airforce he stayed in Ororroo in South Australia. He met and lived with Mrs. Gill till he died of lung cancer in the Glenelg hospital in Adelaide on 18 June 1974 and was buried at the Cheltenham Cemetary in South Australia Eva stayed in Dumbleyung bring up her two girls on her own. She worked washing at the Dumbleyung hotel supplementing her income selling milk from their cow. Lona would ride on a bicycle around the town with the milk billy and a milk measure and ladled it out to those buying the milk. Eventually, Eva met and marrying Jim Ferguson Smart on 7 Jan 1964 in Katanning, Western Australia. Jim was a good hard working man, born on 1 March 1905 in Lanark, Scotland and immigrated to Western Australia. He worked on farms and showed Clydesdales for Mr. Mick Brown in Dubmleyung, also as a farmhand on Mr. Jack Sowdon's farm also in Dumbleyung. Jim had his own 'Comer' Truck and used to cart grain from farms and also drums of fuel. He was carting grain and had a bad accident when a train hit him at the crossing in Dumbleyung. He wasn't hurt but the truck was a right off. This didn't stop him as he bought a new truck and continued with his work. Later he went to work for the main roads department and became foreman there. His granddaughter Julie remembers going with him in the evening to light the road lamps where they were doing road works. Eva and Jim lived in Dumbleyung till she died on 10 Feb 1970 at the age of 69. The poll Bearers for Eva were Colin Kelly, Rob Smith, Vern McIntyre, and Colin Joy. Attached is the Obituary for Eva with many people far and wide mentioned in the article. When Eva died Jim moved to Geraldton to Lona's and lived with them for some years. He then moved to work as a foreman on Mt Clare station north of Meekathara. His grandson Phillip went up to the station as a station hand at the age of 15 and spent a year before moving to NSW to his fathers to work on a pipeline. Later Jim moved to the station owners farm at Bullsbrook just north of Perth where he spent his last years looking after their small farm and cattle. He died on 4 March 1981 in the Royal Perth Hospital at the age of 76 after having a stroke. He was buried with Eva at the Nippering Cemetary west of Dumbleyung in Western Australia. Name Citation CROSSMAN.FTW Text: Date of Import: 13 Oct 2005 Birth Citation CROSSMAN.FTW Text: Date of Import: 13 Oct 2005 Marriage (m. Wenzel, Godfrey Harold) Citation CROSSMAN.FTW Text: Date of Import: 13 Oct 2005

Is Eva your relative? Please don't go away!

ask our community of genealogists a question.
Sponsored Search by Ancestry.com
DNA Connections
It may be possible to confirm family relationships with Eva by comparing test results with other carriers of her mitochondrial DNA. However, there are no known mtDNA test-takers in her direct maternal line. It is likely that these autosomal DNA test-takers will share DNA with Eva: 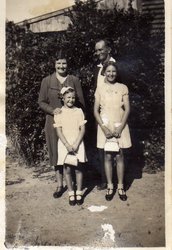 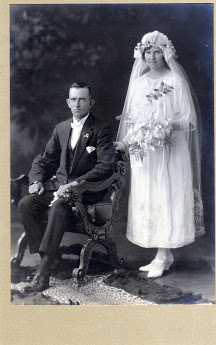 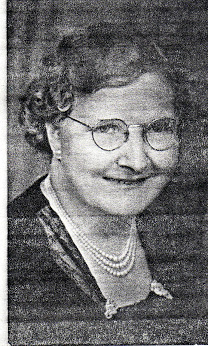 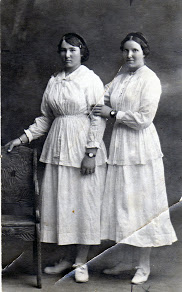 Eva is 28 degrees from Danielle Liard, 24 degrees from Jack London and 21 degrees from Henry VIII of England on our single family tree. Login to find your connection.