Thomas (Tom) Culpepper aka Culpeper, Colepeper
Born about 1514 in England

Thomas Culpepper was son of Alexander Colepeper and his second wife, Constantia Chamberlain, formerly wife of Richard Harper. [1] Two sons named Thomas are shown for this couple in the Visitation of Kent 1619. The elder has a wife and family, the younger does not and no mention is made of a death in 1541.[2] History of Parliament online in the entry for Sir George Harper says "In June 1543 he was appointed keeper of the manor of Penshurst, in the hands of the crown through the attainder of his half-brother Thomas Culpeper." Sir George was Constance's son by her first husband, Richard Harper. [3]

Thomas was born about the year 1514. [4] He first appeared in public affairs in the service of Arthur Plantagenet, 1st Viscount Lisle in 1535 and soon found favour with the King, Henry VIII. Among the gifts he received was the role of Keeper of the manor at Penshurst in Kent. [4]

Thomas, by this time a gentleman of the King's Privy Chamber, was among those who gathered to welcome Anne of Cleves to England in 1540 and it was probably shortly thereafter that he first encountered his very distant cousin, Catherine Howard, who had come to court as Maid of Honour to the new queen. Described by the French ambassador Marillac as short and graceful rather than beautiful Catherine had a past of sexual encounters not known at court.[1] Thomas began to dally with Catherine.

The royal marriage did not last. The King's distaste for Anne and her willingness to see her marriage ended led to annulment on 9 July 1540 after just six months. [5] By this time Henry was already courting Catherine and on 28 July 1540 they were married. ( Wriothesley's Chronicle of England dates the marriage to Sunday the 8th of August.) [6] She was about seventeen years old, the King nearing fifty.

Thomas was still receiving benefits from the King in January 1541 including leases of lands forfeited by Thomas Cromwell [7] and it is thought that his private meetings with the Queen started at about this time with the connivance of Katherine's friends, Jane Boleyn, Viscountess Rochford and Katherine Tilney.[1] When Francis Derham began boasting about his own previous relationship with the Queen [8] Thomas too became the target for accusations of those anxious to protect themselves.

The court went north at the end of June 1541 and Katherine still allowed him access to her chamber both at Lincoln and at Pontefract in late August. It is thought to have been around this time that Katherine sent him the letter that would help to destroy him. It concluded "It makes my heart die to think I cannot be always in your company". Signing off "Yours as long as lyffe endures." For some incomprehensible reason Thomas kept the letter. [1] In York Katherine met with him in Lady Rochfort's chamber. [1]

When the court returned to Hampton Court Katherine's pre-marital behaviour was revealed to the King. Thomas was arrested on the 12th or 13th November 1541 and sent to the Tower of London. On the 1st December he was tried for treason at Guildhall and found guilty. The sentence was to be hanged drawn and quartered but the King commuted it to beheading. The sentence was carried out on 10 December 1541. [9]

Thomas's body was buried at St. Sepulchre without Newgate and his head was set on London bridge. [4] [9]

Is Tom your ancestor? Please don't go away! 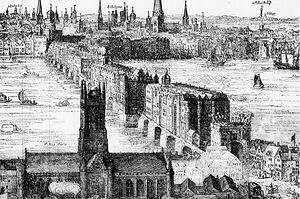 Categories: Prisoners of the Tower of London | St Sepulchre-without-Newgate, City of London | People Executed by the Tudors | Notables