Captain Henry Harrison Cumings was born in Monmouth, Illinois to Charles Cumings, a Methodist Minister and Abolitionist, and Emily (Amsden) Cumings, soon to be joined by sister Lucy Mehitable Cumings. After their mother's death in 1851, the family returned to Lake County, Ohio, closer to the Cumings extended family. In 1852, they settled on a farm in North Madison, Lake County, Ohio, where his father married second wife Rebecca Sullivan, the family's longtime nanny and housekeeper, a common practice of the day. Cumings attended various schools, including the Madison Seminary and the Grand River Institute at Austinburgh. He later enrolled at Oberlin College, graduating in 1862.

After the war, Cumings settled in Tidioute, Warren County, Pennsylvania, for the remainder of his life. In 1867, he married Charlotte J. Sink. Cumings was active in various oil refining companies, served as a bank president, and also held elected offices ranging from School Board President to State Senator.

At the Department of Pennsylvania, Grand Army of the Republic’s Thirtieth Annual Encampment held at Chambersburg, Pennsylvania on June 3-4, 1896, “a suitable testimonial expressive of our fraternal regard and appreciation of his labors” was presented to Comrade Henry Harrison Cumings in the form of a wood encased, leather bound, engrossed tribute book. To view that tribute book, click here.

This tribute, written by family friend the Rev. J.N. Fradenburgh, includes Henry Harrison Cumings' War Diary almost in its entirety, as well as a detailed accounting of his lineage, business career, and government career. The book didn't leave out the final perspective that Captain Cumings added to his diary 25 years later, when he was asked to compile it in typeface for the G.A.R. in the 1890s:

I will not dwell upon the march through Virginia to Washington — the Grand Review where our regiment received the unusual compliment of a bouquet thrown at our colors by General Sherman from the reviewing stand — the journey home by rail, halting at Altoona. Pa., nearly famished, and yet the people would neither sell or give us any food because it was Sunday —arriving at Pittsburgh at 10 o'clock at night and being marched to Old City Hall and filled with an excellent supper and splendid coffee, not forgetting cigars by the ladies of Pittsburgh. God bless them forever for it — then on to Cleveland and she was there, dear creature, waiting for us and so were mother and father and sister and brother and how they surrounded us and hugged us and kissed and wept over us and we over them as we struggled along the street — my heart swells and my eyes moisten now as I think of it — and so we marched to the camp we had left almost three years before. Nearly eleven hundred strong we marched out; less than two hundred and fifty strong we returned. A day or two of the details of paying off and mustering out and our soldiering was over. This sketch, already too long, has opened to me the flood gates of recollection. I see again the old familiar faces, I hear again the well known tunes. The whole panorama passes before my mind and fills it with mingled emotions of sorrow and pleasure. I thank God that it was my privilege to be a soldier of the Republic.

Service from The Story of a Thousand

A portion of Cumings' Civil War diary can be found on pages 310-316 of Albion Winegar Tourgée's The Story of a Thousand.

In the list of recent promotions in Ohio Volunteer Regiments, we observe the following in the 105th: ...; First Lieut. Henry H. Cummings, Captain; ... [3]

Captain Henry H. Cumings, formerly state senator, died suddenly last Wednesday at his home in Tidioute. He was well known in Gettysburg where he visited frequently in connection with matters concerning Pennsylvania monuments on the battlefield. [4]

Nearly eleven hundred strong we marched out; less than two hundred and fifty strong we returned. A day or two of the details of paying off and mustering out and our soldiering was over.

This sketch, already too long, has opened to me the flood gates of recollection. I see again the old familiar faces, I hear again the well known tunes. The whole panorama passes before my mind and fills it with mingled emotions of sorrow and pleasure.

I thank God that it was my privilege to be a soldier of the Republic.[1]

was chosen by Bernard D. Ellis who adds:

"Every Memorial Day Weekend when I was a kid in Sea Girt, Monmouth County, New Jersey, my father, Bernard Tenney (Bud) Ellis, Jr., would hush the crowd that had gathered for dinner, and read this excerpt from his great grandfather's war diary, his index finger in the air, as he made eye contact with each person at the long table. And all it took was this brief reminder from the Captain for we, his misty-eyed descendants and their guests, to undergo our annual refresher on the true meaning of Memorial Day, and on recognizing the sacrifices that put us on that peacetime seashore, in this free country, which continues the difficult work of forming a more perfect Union. It made the hamburgers and steak taste even better!

The diary had gone missing after my father began his Alzheimer's journey in 2005, but the Captain's Wikitree profile manager challenged me to find it, and I'm so glad she did! It drove home the point that we need to honor the sacrifices that every generation makes for those that follow, no matter what magnitude was demanded by the times."

posted 2 Apr 2019 by Bernard Ellis   [thank Bernard]
Login to add a memory.
Is Henry your ancestor? Please don't go away! 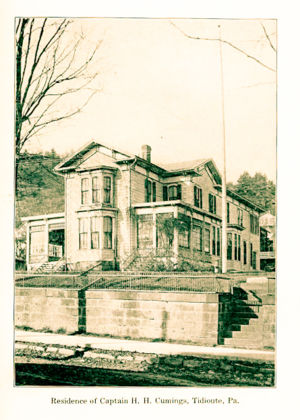 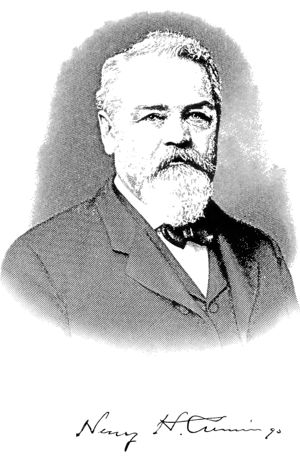 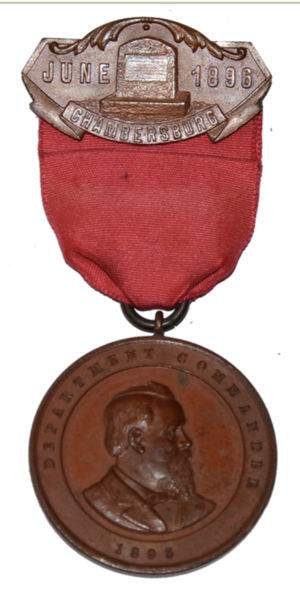 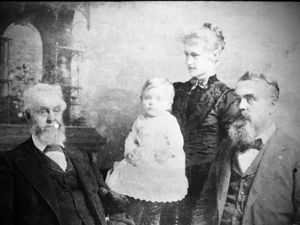