First Native-American of proven bloodlines to be elected to the White House.

William P. Frye resigned due to ill health on April 27, 1911. For the remainder of the 62nd Congress, the office rotated among five Senators. The Senate at that time was split between progressive Republicans, conservative Republicans, and Democrats. Each put forth a candidate, and the ballots were deadlocked until August when a compromise was reached by which each of their candidates would rotate holding the office during the 62nd Congress. Republican Charles Curtis was preceded and succeeded by Democrat Augustus Bacon, serving one turn from December 4, 1911 to December 12, 1911. 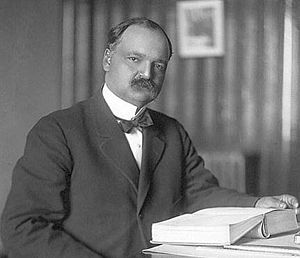 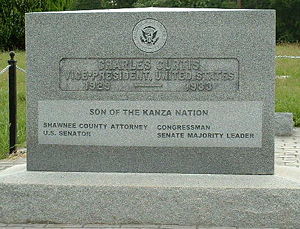 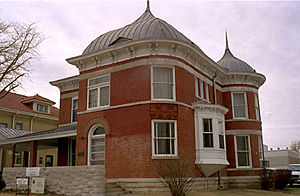 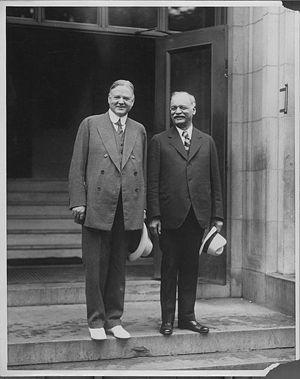 Leave a message for others who see this profile.
There are no comments yet.
Login to post a comment.
Kitty (Hamilton) Frank
I recently published a set of manuscripts written by Charles Curtis. I highly question the middle name - he didn't have a middle name and I think that's been proven by his records of birth through the Catholic church. Also, his Indian wife was Ellen (sometimes listed as Helen or Helene) Pappan. The Pappan family can easily be researched. Pappan's Ferry was north of Topeka, Kansas. Charles had three children. Permelia, Henry and Leona (Mrs. Webster Knight). The publications I recently released are Racing: Indian Style and the unabridged version is titled In His Own Words. I perform Grandma Curtis in first person narrative, Chautauqua style as a member of the Kansas Alliance of Professional Historical Performers.
posted Feb 01, 2020 by Kitty (Hamilton) Frank

Charles is 19 degrees from Donald Howard, 15 degrees from Julia Howe and 16 degrees from Henry VIII of England on our single family tree. Login to find your connection.