Spanish Surrealist artist renowned for his technical skill, precise draftsmanship and the striking and bizarre images in his work.

Salvador Domingo Felipe Jacinto Dalí i Domènech known as Salvador Dalí is born on 11 May 1904 in Figueres, Catalonia, Spain. He is a son of Salvador Rafael Aniceto Dalí Cusí and Felipa Domènech Ferrés.

Dalí attends the Municipal Drawing School at Figueres from 1916 and discovers modern painting on a summer vacation trip to Cadaqués. The next year, Dalí's father organizes an exhibition of his charcoal drawings in their family home. He has his first public exhibition at the Municipal Theatre in Figueres in 1918. In early 1921 the Pichot family introduces Dalí to Futurism and Dalí's uncle Anselm Domenech, who owns a bookshop in Barcelona, supplies him with books and magazines on Cubism and contemporary art.

On 6 February 1921, Dalí's mother dies of uterine cancer. Dalí is 16 years old and later said his mother's death "was the greatest blow I had experienced in my life."

In May 1925 Dalí exhibits eleven works in a group exhibition held by the newly-formed Sociedad Ibérica de Artistas in Madrid. A number of leading critics praised Dalí's work. Dalí held his first solo exhibition at Galeries Dalmau in Barcelona, from 14 to 27 November 1925.

In April 1926 Dalí makes his first trip to Paris where he meets Pablo Picasso, whom he reveres.

Dalí left the Royal Academy in 1926, shortly before his final exams.

In August 1929, Dalí meets his lifelong muse and future wife Gala, born Elena Ivanovna Diakonova. They civilly marry on 30 January 1934 in Paris, France. They remarry in a Church ceremony on 8 August 1958 at Sant Martí Vell.

In 1980, at age 76, Dalí's health deteriorates sharply and he is treated for depression, drug addiction and Parkinson-like symptoms.

On the morning of 23 January 1989, Dalí died of heart failure at the age of 84. He is buried in the crypt below the stage of his Theatre-Museum in Figueres.

For more a extensive bio and images see the Salvador Dali Wikipedia page and 4Dali.

Is Salvador your ancestor? Please don't go away!

ask our community of genealogists a question.
Sponsored Search by Ancestry.com
DNA
No known carriers of Salvador's ancestors' DNA have taken a DNA test.

Images: 4
The Persistence of Memory by Salvador Dali 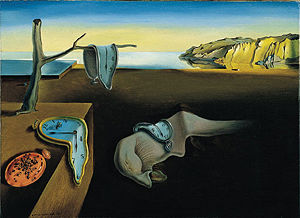 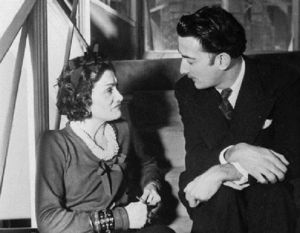 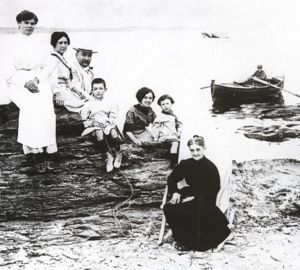 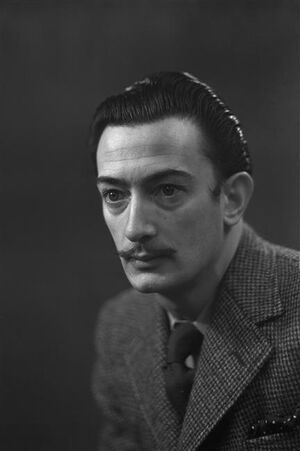 Scott Fulkerson
If I understand correctly, his family follows Catalan naming conventions, which combine the names of his parents with an "i" in the middle. So based on this, shouldn't his LNAB be: Dalí i Domènech?
posted Apr 08, 2021 by Scott Fulkerson
Gael Tomlinson
I believe I found the answer on Joan Miro's profile:

Note that his proper Catalan name is Joan Miró i Ferrà. The first family name is Miró and the second is Ferrà. The Last Name at Birth here on WikiTree is shown as Miro to make it easier for English-speakers to find this page.