Barbara was born in Washington, D.C. to Roy S. Dalton and Dorothy E. Hunter. She was raised by her grandmother, Rosa Hunter, daughter of Frank Angelo, one of John S. Mosby's men of Civil War fame. An active teen, she attended Wilson High School and participated in the Girl Scouts, ice-skating, horseback riding, and swimming. She was a member of The Ambassador Hotel Swimming Team and traveled the east coast for swimming competitions.
She married Charles E. Kern, Jr. in November 1949 at Christ Church, Alexandria. The family moved to Falls Church in the early 1950's. There she was active as a swimming instructor at Lee-Graham Swimming Pool, Camp-Fire Girls, a Girl Scout leader, and was on a championship bowling team. Additionally, she and her husband began traveling, often taking a yearly a trip to a foreign land, as well as family week-end trips to the Maryland shore.
In the mid-1960 the family moved to McLean. After her daughters left for college in Ohio, and due to her love of cooking, Mrs. Kern began a small, successful catering business. In her spare time she worked as a volunteer at the Therapeutic Riding Center in Rock Creek Park. She became a riding instructor for the handicapped at the Center. Mrs. Kern traveled regularly to Spain to visit family. She also enjoyed making frequent trips to Florida to visit family and close friends.
She was pre-deceased by her daughter, Carolyn D. Kern de Santiago.
Barbara died August 2001 at her home of complications following a stroke. She was cremated and her remains given to family.[1]

BARBARA D. KERN
Caterer
Barbara Dawn Kern, 71, a Washington native who ran a Northern Virginia catering business in the 1960s and 1970s, died Aug. 20 of complications from a stroke at her home in McLean.
Mrs. Kern attended Wilson High School in Washington. She was a member of the Ambassador Hotel's swimming Team in the 1940s.
She moved to Falls Church in the 1950s and to McLean in the 1960s.
Mrs. Kern was a swimming instructor at Lee-Graham Swimming Pool in Falls Church. She also was a Girl Scout leader in Falls Church and volunteered as a therapeutic riding instructor at the Rock Creek Park Horse Center.
She was a member of championship league bowling teams in Washington and Northern Virginia.
She was pre-deceased by her daughter, Carolyn D. Kern, in 1989.
Survivors include her husband of 51 years, Charles E. Kern Jr. of McLean; a daughter, Audrey McGlynn of Manassas; a sister; a brother; and six [seven] grandchildren.[15]

Is Barbara your relative? Please don't go away! 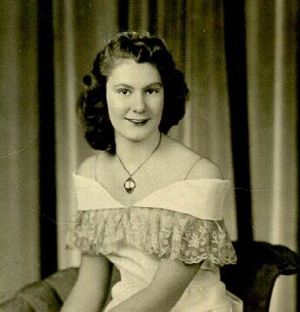 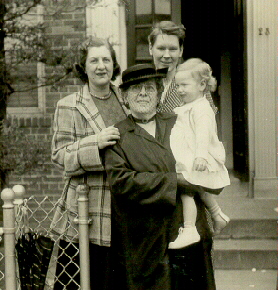 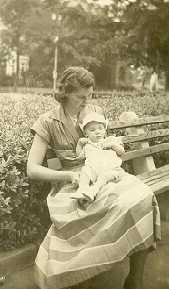 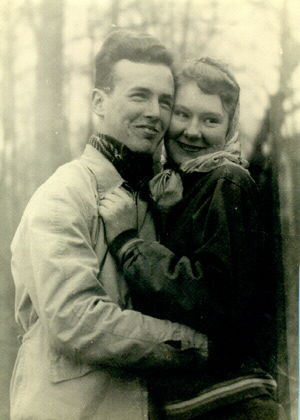 Barbara is 22 degrees from Danielle Liard, 17 degrees from Jack London and 16 degrees from Henry VIII of England on our single family tree. Login to find your connection.