Erasmus Darwin of Derby was born at Elston Hall in Nottinghamshire on 12 December 1731, the son of Robert Darwin and his wife, Elizabeth Hill. He was educated at Chesterfield Grammar School, St John's, Cambridge, and the University of Edinburgh Medical School. He settled in Lichfield, Staffordshire, opening what turned out to be a most successful medical practice. He died suddenly at Breadsall Priory near Derby on 18 April 1802, and was buried at All Saints, Breadsall.

His Lichfield home, now named Erasmus Darwin House, is preserved as a Grade I Listed Building. [1]

Derby City commemorated him through the naming of numerous locations including Darwin Secondary School, The Darwin Suite event venue, and several roads.

Erasmus Darwin, with help from Brooke Boothby and William Jackson, translated into English works of the Swedish botanist Linnaeus. In this, he devised English names still used for many plants. He then wrote a poetic version of this, The Loves of the Plants, which formed part of his long poem The Botanic Garden. [2]

In Zoonomia, he foreshadowed the theory of evolution and, to some extent, anticipated the theory of the survival of the fittest. The Temple of Nature, another long poem, explores his ideas on evolution.

He was a member of the [3], with some meetings held in his home. Members of the Society included a number of people who made a leading contribution to science in the second half of the 18th and early 19th centuries and to the Industrial Revolution.

Erasmus Darwin was also an inventor. Among his inventions were a self-righting carriage, a barge canal lift, a copying machine and weather gauges.

Erasmus Darwin was an advocate of the education of women, and wrote A Plan for the Conduct of Female Education in Boarding Schools (1797).

Erasmus Darwin used extended poems to promulgate his scientific work to a wider audience. His two major poetic works were The Botanic Garden and The Temple of Nature. They contain detailed descriptions of nature.

Is Erasmus your ancestor? Please don't go away!

ask our community of genealogists a question.
Sponsored Search by Ancestry.com
DNA
No known carriers of Erasmus's DNA have taken a DNA test. 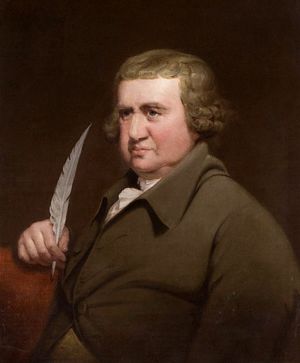