Joseph Davidson
Born before 1762 in Pennsylvania

As a young man, Joseph Davidson served as an Indian spy during the American Revolutionary War. His detailed 1834 pension application provides a fascinating and harrowing account of life on the western frontier of Virginia during this period. He applied for a Revolutionary War pension, based on this service, which was denied by the government's Pension Office. The pension should have been granted because Indian attacks were encouraged by the British as an integral stratagem of the war [1]. Joseph Davidson's pension application provides much of the specific information available about his life, including the fact that he was born sometime between 1756 and 1762 in Pennsylvania, though he had no documentation of his birth. He may have been the first child in his Northern Irish family to be born in the American colonies.

A marriage bond, was signed on June 10, 1789 by Joseph Davidson and Samuel Patton (who must have been a kinsman to the bride-to-be, however his relationship to her has not been identified), publishing Davidson's intention to marry Matilda Amanda Paton. The marriage occurred less than a week later, on June 16, 1789. [1] 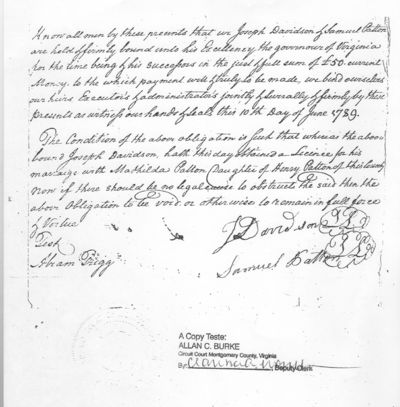 Joseph Davidson and his brothers owned a substantial amount of land in southwestern Virginia [2]. The cabin owned by Davidson (shown below in a recent photo) still stands in the Bluefield, West Virginia City Park, where it was moved from it's original location nearby. Joseph Davidson was held in high regard by the community and this may be why his cabin was preserved. [2] 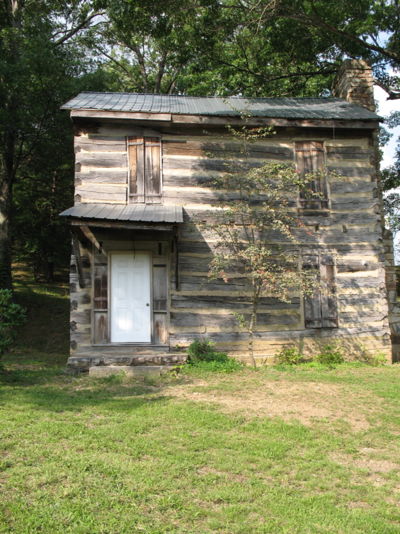 In September 1800, Joseph Davidson, along with several other landowners of Tazewell County, was appointed justice of the peace by the governor of Virginia [3].

Joseph Davidson freed one of his slaves, Hiram Davidson, in an intriguing and clever way.

ask our community of genealogists a question.
Sponsored Search by Ancestry.com
DNA Connections
It may be possible to confirm family relationships with Joseph by comparing test results with other carriers of his Y-chromosome or his mother's mitochondrial DNA. Y-chromosome DNA test-takers in his direct paternal line on WikiTree: It is likely that these autosomal DNA test-takers will share some percentage (beta) of DNA with Joseph: 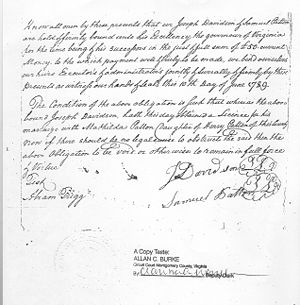 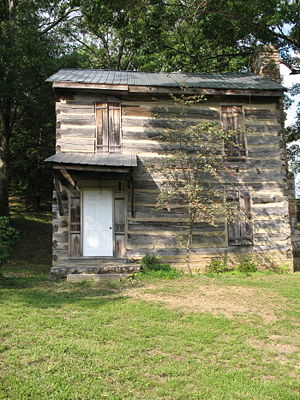 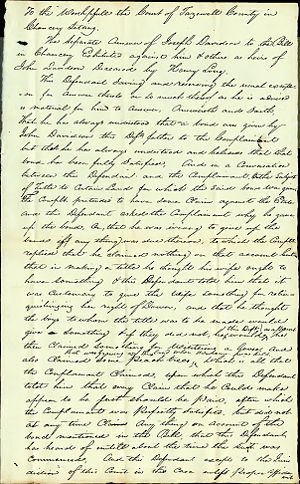 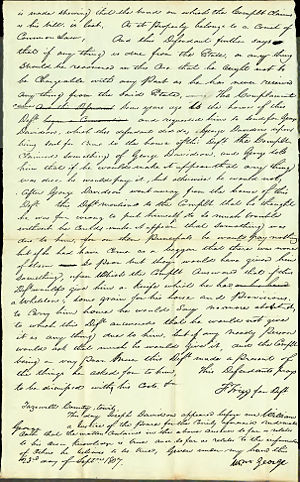