Olivia America Davidson Washington was an educator and the cofounder of the Tuskegee Institute, along with her husband Booker T. Washington.

She joined Booker T. Washington only six weeks after he had begun classes at Tuskegee, Alabama. She was the first female principal of the school and "in every way, she played an equal part with Washington in founding and operating the school."[1]

In his book, Up From Slavery Booker T. Washington said of her:

"Miss Davidson came to Tuskegee, bringing into the school many valuable and fresh ideas as to the best methods of teaching, as well as a rare moral character and a life of unselfishness that I think has seldom been equalled. No single individual did more toward laying the foundations of the Tuskegee Institute so as to insure the successful work that has been done than Olivia A. Davidson."[2]

Olivia Davidson was born in 1854 in Mercer County, Virginia, now West Virginia. Her parents were Elias and Eliza Webb Davidson, a free family of color. Her father had been born into slavery, but had been freed in 1849 or 1850, after the death of his owner, Joseph Davidson. Very little is known of her mother's history, but she was probably the daughter of Elizabeth Webb, a free woman of color, who lived with her children in neighboring Tazewell County, Virginia. The Davidson family was in the 1850 Mercer County Census: Elias, age 32, a laborer, Eliza, age 28, their first five children: Mary A., age 10; Hiram, age 9; Margaret, age 6; Lorenzo Dow, age 3; and Raleigh, age 1.

About 1857, the Davidson family moved from Mercer County to Ironton, a small village in southern Ohio. They had followed "a road often traveled by the freed mulattoes of Virginia."[3] Ironton is in an area that was rich in iron ore and a center for pig iron manufacturing and the manufacture of bricks. Surely, the lure of job opportunities for laborers was the primary reason the Davidsons chose to locate there. In the 1860 census, the family is recorded In Ironton, by the name Davisson: Elias, age 44, a laborer; Eliza, age 39; Mary, age 21, a servant; Hiram, age 15, a day laborer; Margaret, age 14; Lorenzo, age13; William, age 8; Olivia, age 6; and, Martha, age 3.

Olivia's father, Elias probably died in Ironton and Eliza moved her family to Albany in Athens County, Ohio. Some recalled, that she and her six children arrived in the early 1860s, but there is no documentation of her presence until the 1870 census. By then, Olivia was no longer in Eliza's household, she was in Gallipolis, Ohio with her older sister, Mary Ann who had married Noah Elliott, a doctor. She was probably there to attend high school because there was no public high school available in Albany until the late 1890s.

For the next several years, her life is somewhat sketchy, but it is believed that she finished high school when she was fifteen years of age, passed an examination for an Ohio teachers' certificate and began her teaching career. "Around 1874, when she was only twenty year old, Olivia, her younger sister, Martha, and her younger brother Joseph left Ohio to teach black children in Hernando, Desoto County, Mississippi, a cotton-growing area with a large black population."[4] From Mississippi, she went to Memphis where she is recorded in the Memphis City Directory in 1876 and 1878, as a teacher at the Clay Street School.

Following the school year in 1878, she returned home to Ohio, planning to return to Memphis and the Clay Street school for the next school year. While there, a yellow fever epidemic broke out in Memphis. When she heard the news, Olivia wrote to the authorities there and offered to volunteer as a nurse, but she was asked to remain where she was. According to a letter from her sister, Mary Ann, to Booker T. Washington, the superintendent of the Memphis schools wrote to urge her to use the time by going to Hampton Institute for additional study. He enclosed a school catalog in the letter.

Olivia did go to Hampton Institute to hone her skills as a teacher which she had decided was her life's work. While there, she impressed those around her "by her refinement, her womanliness, her mental abilities, and her earnest desire to work for her people. She was so impressive, that when Mary Hemenway of Boston, a wealthy benefactress of Hampton visited, her nephew who was a member of the faculty, had her meet Olivia and listen to an essay Olivia had prepared to deliver at the 1879 commencement. Mrs. Hemenway was extremely impressed and before she left Hampton, she informed Olivia that she wished to provide support for her for the next three years. This support allowed Olivia to continue her education at the Framingham State Normal School in Massachusetts."[5]

As destiny would have it, the head of Hampton Institute, General Samuel Armstrong, asked Book T. Washington to speak at this same commencement where Olivia presented her essay. Surely, this is where these two founders of Tuskegee Institute first met. However, before Tuskegee, Olivia spent two years at Framingham and Booker remained in Hampton continuing his work there. In the 1880 Census, Olivia is shown in Framingham, living in the home of a principal along with other students. She remained in Framingham until graduation, in 1881 when she graduated as one of six honor students.[6]

She returned to Hampton after leaving Framingham to rest and to teach among the Indians for the summer. It was from this work that she went on to Tuskegee.[7]

Olivia Davidson Washington died May 9, 1889, Boston, Massachusetts, only three months after the birth of her second son, Ernest Davidson Washington. Olivia became quite ill after a fire started in the Washington home in the early morning. Everyone was able to get out of the house, but they had to spend some extended time in the chill of the early morning air. When she failed to improve, Booker took her to Massachusetts Hospital in Boston where she died. The cause of death was recorded as tuberculosis of the larynx.

Olivia was buried at the Tuskegee University Campus Cemetery.[8]

ask our community of genealogists a question.
Sponsored Search by Ancestry.com
DNA Connections
It may be possible to confirm family relationships with Olivia by comparing test results with other carriers of her mitochondrial DNA. However, there are no known mtDNA test-takers in her direct maternal line. It is likely that these autosomal DNA test-takers will share some percentage of DNA with Olivia: 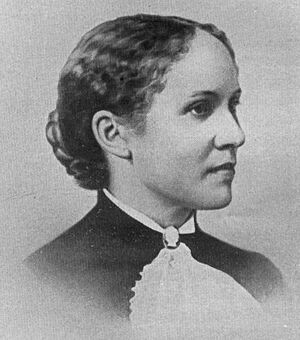 Leave a message for others who see this profile.
There are no comments yet.
Login to post a comment.
Myrna (Williams) Hipp
This biography is a work in progress that will continue to be edited as new information is found. The content is a result of primary research and a compilation of gleanings from the research notes and presentations of Dr. Carolyn Dorsey, noted Professor of African American Studies, who did extensive research on Olivia Davidson before her own death in 2011. Fortunately, she had long standing relationships with several of the Washington descendents and others in the extended family. Dr. Dorsey was kind enough to give them copies of her notes and presentations as they were developed.
posted Mar 15, 2015 by Myrna (Williams) Hipp